Wind is plentiful in Georgia and now the country is using this valuable resource to power the country, particularly in winter when demand is high.

Today we have a modern standard wind power plant [in Georgia]. With its specifics, this is one of the best wind power plants in the world,” said Georgia’s Prime Minister Giorgi Kvirikashvili.

Georgia's Ministry of Energy said the new Kartli wind plant would start testing in October, while from the second half of December it will be fully functional. 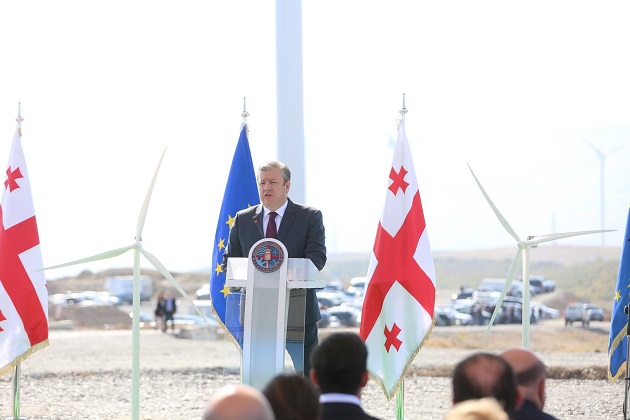 Georgia's PM said with its specifics, Kartli wind plant was one of the best wind power plants in the world. Photo by the PM's press office.

About $34 million USD was spent on building the new wind farm in Gori.

The multi-million dollar project was funded by the Georgian Energy Development Fund (GEDF), a joint stock company established by the Government of Georgia together with the European Bank for Reconstruction and Development (EBRD).

The EBRD provided a loan of $25 million for the project.

The new wind farm has a total installed capacity of 20MW and it is expected to annually generate 88GW of power.

This wind power plant will enable us to partly meet our electricity demands during winter,” said Kvirikashvili. 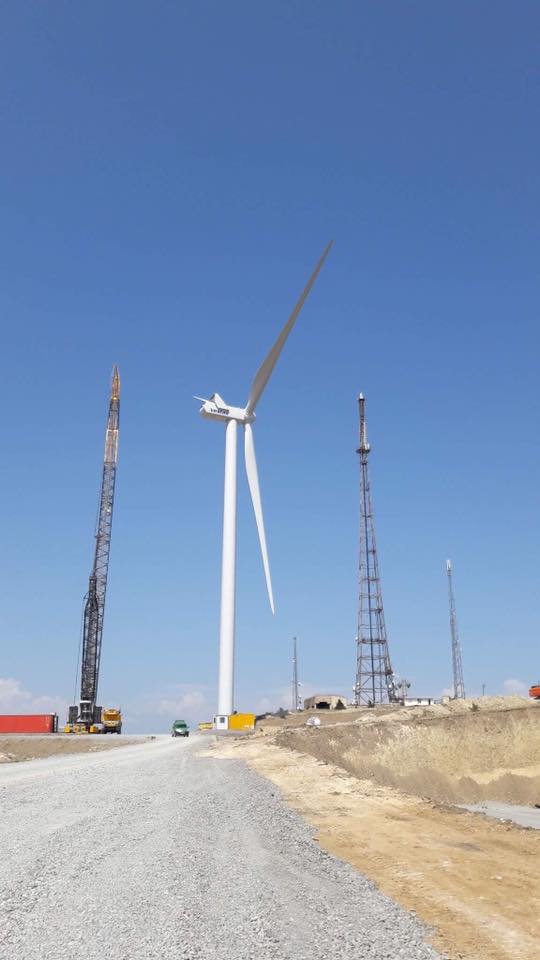 Meanwhile, Georgia’s Energy Minister Ilia Eloshvili thanked everyone involved in creating the project and for implementing it successfully.

What you see today is a result of three years of hard work. The Kartli Wind Power Plant is a reality today.”

Bringing sustainable technologies into our economy is one of the obligations of Georgia within our Association Agreement (AA). During the past four years we started and completed constructions of 15 150MW Hydro Power Plants (HPPs) which attracted $300 million in Foreign Direct Investments (FDIs) for Georgia,” he said.

Currently construction of (HOW MANY – one, two??) 805MW HPPs are underway in Georgia, where $2 billion in FDIs were made,” Eloshvili said.

According to the EBRD’s Renewable Development Initiative, hydro power was Georgia’s most dominant energy resource but wind and geothermal energy sectors were promising resources. 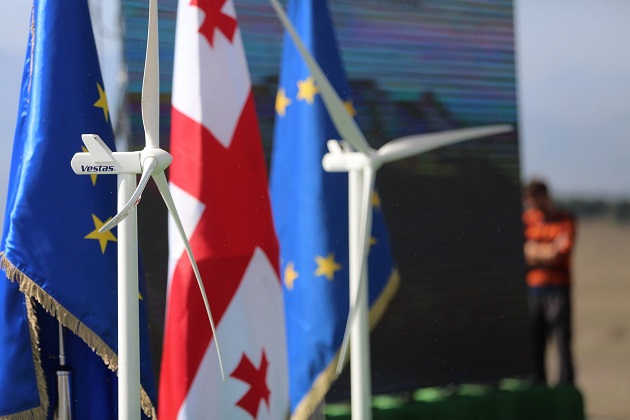 The multi-million dollar project was funded by the Georgian Energy Development Fund and the European Bank for Reconstruction and Development. Photo by the PM's press office.

A feasibility study by Tbilisi’s Karenergo Wind Energy Scientific Centre revealed rich wind resources in the Chorokhi River Gorge, Paravani Lake, the Likhi mountain range, Mukhrani field, the outskirts of Kutaisi, parts of Tbilisi, the outskirts of Rustavi and the areas between Khashuri and Gori.

Meanwhile one small wind turbine was currently operational in Skra village however the facility could only produce 22,000 KW of energy per year - enough for only a couple of households. The project to establish this wind turbine cost about $25,000 and was funded by United States Agency for International Development (USAID).