Pope Francis has this morning concluded his two-day visit to Georgia before making his way to Azerbaijan - the last stop on his journey to the Caucasus.

The Pope departed from Georgia’s Tbilisi International Airport about 8am local time following a departure ceremony that wrapped up his two-day visit to Georgia. 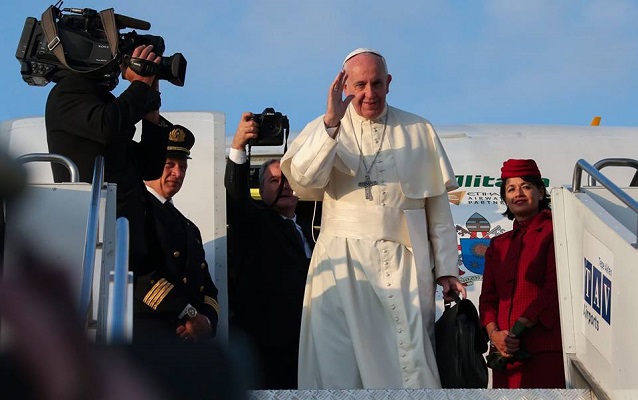 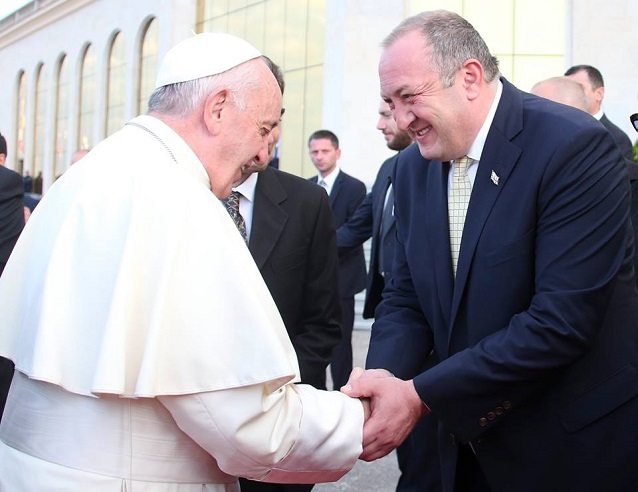 Pope Francis' final engagement on Saturday in Georgia was a visit to the Svetitskhoveli Patriarchal Cathedral in the ancient capital of Mtskheta, the seat of the Orthodox Church of Georgia.

The Pope was accompanied by Patriarch of Georgia Ilia II and Georgia’s Prime Minister Giorgi Kvirikashvili. 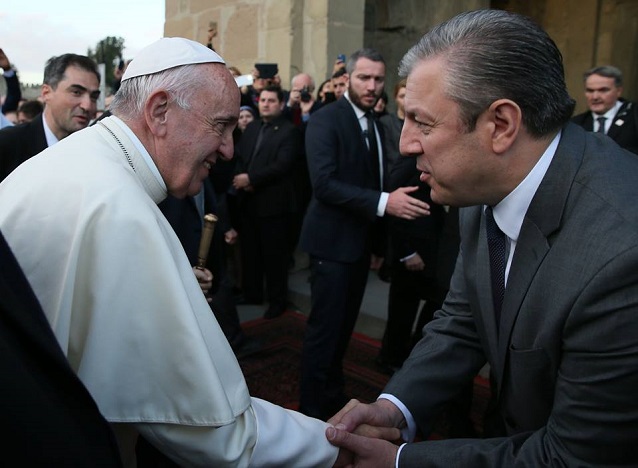 The history of Georgia is like an ancient book that, with each page, relates holy testimonies and Christian values which have forged the soul and culture of the country,” said the Pope in his address at Svetitskhovelui.

This esteemed book, no less so, speaks to us of deeds of great openness, welcome and integration. These are most precious and enduring values, both for this land and the entire region.”

Pope Francis called Svetitskhoveli a "magnificent Cathedral” that housed "so many treasures of faith and history” and said it "invites us to remember the past”.

This is more necessary than ever, as "a people’s fall begins where its memory of the past ends,” he added. 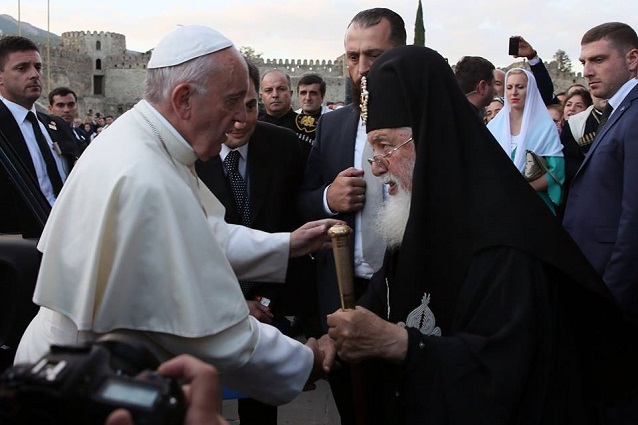 The Pope expressed his "heartfelt gratitude” for the warm welcome he received in Georgia.

"The Georgian language is rich in meaningful expressions which describe fraternity, friendship and closeness among people,” he said.

There is one expression, both noble and genuine, which evokes a readiness to exchange places with another, the will to bear their burden, the desire to say wholeheartedly, "I wish to be in your place” (shen genatsvale).”

Sharing the joys and sorrows in the communion of prayer and in the union of souls, and carrying each other’s burdens; may this fraternal attitude mark the way ahead for our journey together.”