A month after Georgia celebrated its first ever Peacekeeper Day, a new group of Georgian soldiers have departed for Afghanistan to serve alongside NATO troops in a peacekeeping mission.

At a special ceremony at Vaziani Military Base the departing soldiers were addressed by Georgia’s President Giorgi Margvelashvili, who spoke about the significance of their service. 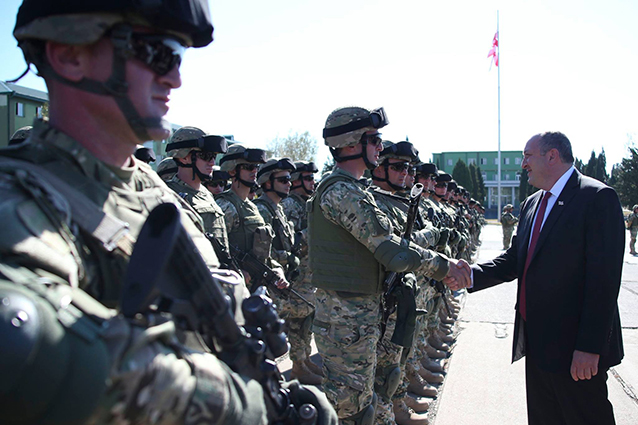 President Giorgi Margvelashvili shakes hands with departing troops at Vaziani Military Base. Photo from the President of Georgia’s press office.

We Georgians have preserved our homeland throughout centuries of conflict so we know the value of peace. We also know that peace requires hard work and this is the work you are part of today," said Margvelashvili in his address to the departing troops.

The ceremony involved civilian officials as well as military commanders such as Minister of Defence of Georgia Levan Izoria, Chief of General Staff of the GAF Major General Vakhtang Kapanadze and United States (US) Ambassador to Georgia Ian Kelly.

AMB Kelly: The world is deeply indebted to #Georgia for contributions to global security efforts; we will never take ur service 4 granted pic.twitter.com/ug5LkbTTfr

Georgia's Defence Minister told reporters his Ministry wanted to express "gratitude and respect" to the Georgian soldiers who served in Afghanistan, while Ambassador Kelly said he was "proud" to see "US Marines and Georgians side-by-side" protecting world peace.

The newly departed Georgian units will spend the next seven months serving in the NATO-led Resolute Support mission. 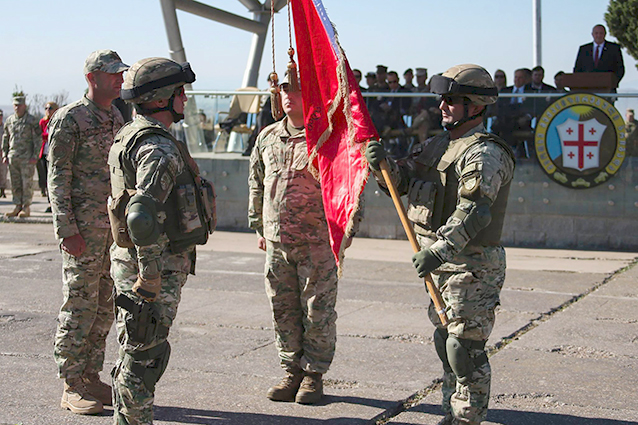 The service members will serve in Afghanistan for the next seven months. Photo from the President of Georgia’s press office.

The mission launched in early 2015 as a follow-on task from the International Security Assistance Force (ISAF) mission, to which Georgia contributed about 750 troops.

Currently Georgia is the largest non-NATO contributor to the Resolute Support mission, with 885 troops involved in the deployment. A group of Georgian troops will be replaced by the two battalions and soon return home.