The Georgian National Museum (GNM) is hosting renowned scientists and historians from near and far for a program of events exploring human evolution and its traces in Georgia, and you’re invited too.

What was it like at the beginning of modern human civilization? What can human fossils almost two million years old tell us about early life in Georgia? These and other questions will be investigated and discussed by the museum within its three-day program of events.

Before events end on Friday there will be a public talk on the beginnings of modern human civilisation, a gathering of scientists dedicated to the research of fossils dating back nearly two million years, and an exhibition featuring Stone Age findings at archaeological sites in Georgia. 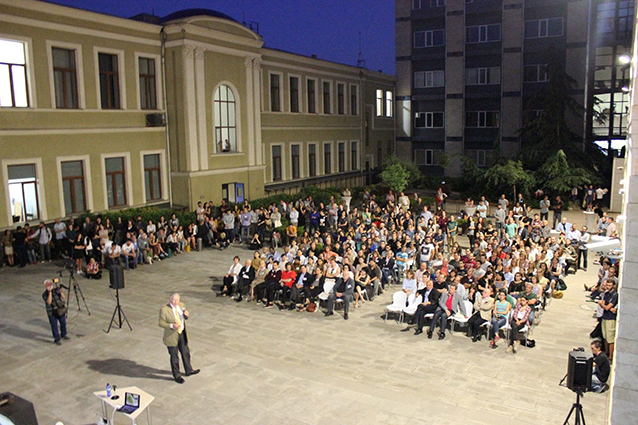 The opening occasion hosted over 150 visitors. His talk was regarded as part of the Tbilisi Festival of Science and Innovation.

Johanson is internationally recognised for his 1974 discovery of 3.2 million-year-old fossils of the earliest ancestor of the modern human in Hadar, Ethiopia.

He received the 1982 National Award for the bestseller book Lucy: The Beginnings of Humankind, detailing his ground-breaking discovery.

Johanson's lecture was held on the first day of a five-day international conference 100+25 Years of Homo Erectus: Dmanisi and Beyond at the Georgian National Museum Auditorium. 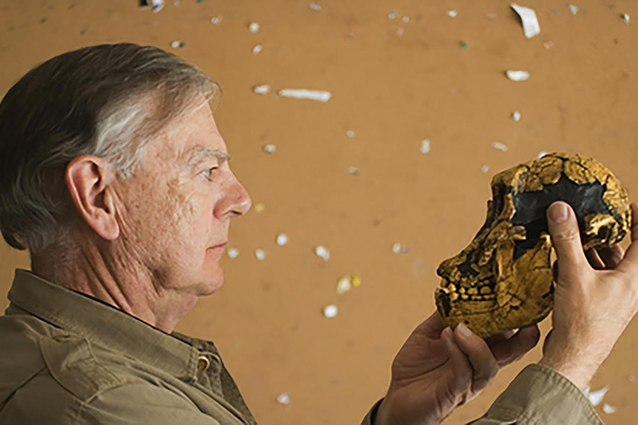 Johanson is globally recognised for his 1974 discovery of 3.2 million-year-old fossils of the earliest ancestor of the modern human in Hadar, Ethiopia.  Photo from the Georgian National Museum.

The annual international event is hosted in Georgia's capital to highlight the research of the Germany-based Senckenberg Society of Natural Study into ancient human fossils of Homo erectus.

The conference will bring together scientists to present an "evolutionary and environmental perspective" of the early evolutionary stages of history. The gathering will also "discuss the role of the Caucasus in early hominin development," said the GNM.

The Senckenberg Conference will conclude in Tbilisi on September 24.

Meanwhile to conclude the GNM program of events, a year-long display of archaeological material and reconstructions of early humans will open on September 22 at the Simon Janashia Museum of Georgia.