The number of service members in the Georgian Armed Forces (GAF) will remain unchanged next year.

This was decided following a scheduled meeting of the National Security Council today.

The meeting saw the Minister of Defence of Georgia Levan Izoria and Chief of General Staff of the GAF Major General Vakhtang Kapanadze report on reforms and plans for the armed forces. 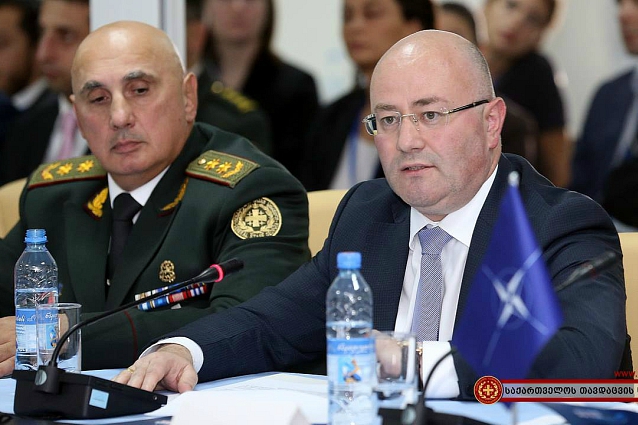 Georgia’s Minister of Defence Levan Izoria (R) and Chief of General Staff of the GAF Major General Vakhtang Kapanadze reported on reforms and plans at today’s National Security Council meeting. Photo from the Ministry of Defence of Georgia.

Among the decisions discussed today was the number of service members of the GAF.

Based on a decision by defence experts and officials involved in the planning, the number of personnel involved in Georgia’s Armed Forces will remain at 37,000 for 2017.

After the meeting Major General Kapanadze told reporters that any unplanned increase in the number of GAF service members will have to be agreed in Georgian Parliament next year.

Kapanadze also said he thought the plans discussed for reforms at the GAF were "realistic" and involved only defensive measures.