Today a special committee involving cultural and film industry professionals announced Rusudan Glurjidze’s feature film House of Others will be the country’s bid to compete in next year's prestigious Academy Awards.

Glurjidze's debut feature film tells the story of families living in the aftermath of the Abkhazia war in the early 1990s. A co-production between Georgia, Russia, Spain and Croatia, the movie was one of the winners at the Karlovy Vary International Film Festival in the Czech Republic in July 2016, after being selected from around 200 international works.

The Georgian director's feature claimed the top prize of the East of the West competition section at the festival, which featured 12 films from Central and Eastern Europe, the Balkan region, Turkey and countries of the former Soviet Union. 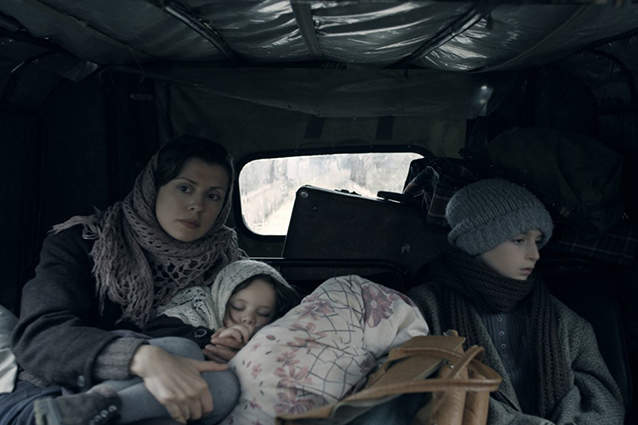 A scene from the feature film 'House of Others'. Photo from the Karlovy Vary International Film Festival.

Narrating a story of two families that survive the destructive Abkhazia war, the film shows civilians on the winning side being haunted by memories after they are given houses that were cleared of their expelled owners.

Despite the film being nominated by Georgia, it did not necessarily mean House of Others would be shortlisted and feature in the Oscars program. Each film must go through a strict judging process before it is even accepted as a candidate for the Best Foreign Language Film at the Oscars.

The final shortlist selected by members of the Film Academy will be announced on December 15, 2016.

Georgia’s most successful candidate film for the Oscars in the last decade was war-time drama Mandarinebi [Tangerines] by Georgian director Zaza Urushadze. The film was nominated by Estonia as a co-production country for the 2014 Academy Awards ceremony.

The movie was selected from 83 international entries for the final shortlist of five films in the running for the Best Foreign Language Film of 2014, but at the ceremony the award went to Ida by Polish director Pawel Pawlikowski.