Bochorna – new highest settlement in Europe with only one resident

A Georgian village with one resident has been dubbed the highest settlement in Europe.

Until now the Georgian village of Ushguli was regarded as the highest inhabited village in Europe however this all changed following the recent Census in Georgia.

The 2014 General Census revealed Bochorna village, in Georgia’s northeast region Tusheti region, was the highest inhabited settlement at an altitude of 2,345 metres above sea level. 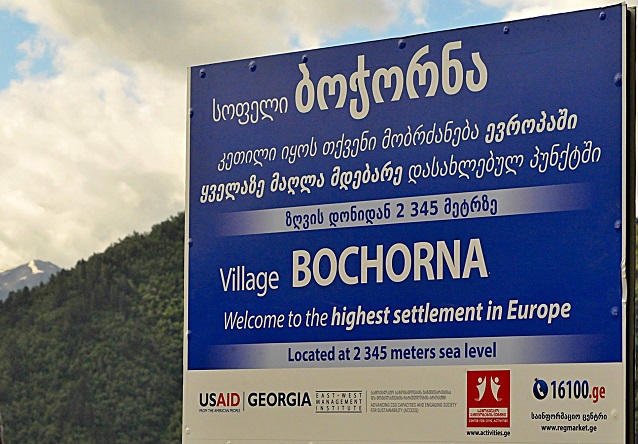 A special banner has already been installed, saying Bochorna is the highest settlement in Europe. Photo by the Agency of Protected Areas.

Seventy-six-year-old Irakli Khvedaguridze has lived in Bochorna for four years and provided basic medical treatment to other people living in the almost deserted villages in Tusheti. He was optimistic about the future of Bochorna village and believed more people would return to their homes in the rural area.

This recognition will raise the awareness of Bochorna and attract more tourists to Tusheti. This will help us to strengthen and revive the village and return its population to their homes,” said the pensioner.

I am alone during winter here. I stay strong during the hard winters just because I was born in mountain, in Tusheti … I have grown up here and I have grown old here. Besides, people need me here,” said Khvedaguridze. 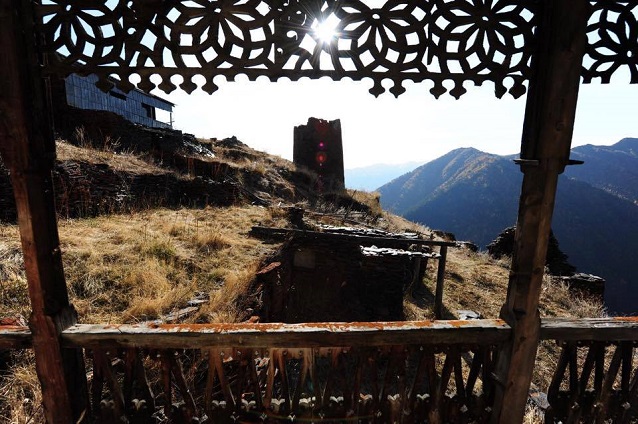 Bochorna village. Photo by the Agency of Protected Areas.

I have a profession that requires from me to serve the population. I also physically help them in different ways. The fact that I am needed here makes my desire strong to stay in my village,” he added.

Before the 2014 General Census Ushguli village, located in Svaneti region in northwest Georgia was recognised as the highest settlement in Europe, with it ranging in altitude between 2,060 and 2,200m.

But geographically neither Bochorna nor Ushguli were the highest settlements in Europe.