New findings in eastern Georgia's Didnauri archaeological site have reinforced the significance of the settlement for studying the ancient eastern Georgian state.

Located 150km east of capital Tbilisi, the Didnauri site stunned historians last year when it became the largest ever ancient settlement discovered in the South Caucasus.

Remnants of stone, ceramic and bronze tools as well as ancient building walls dating back to the verge of the 10th and 11th centuries BC were unearthed at the archaeological dig site in Dedoplistskaro municipality in Kakheti region. 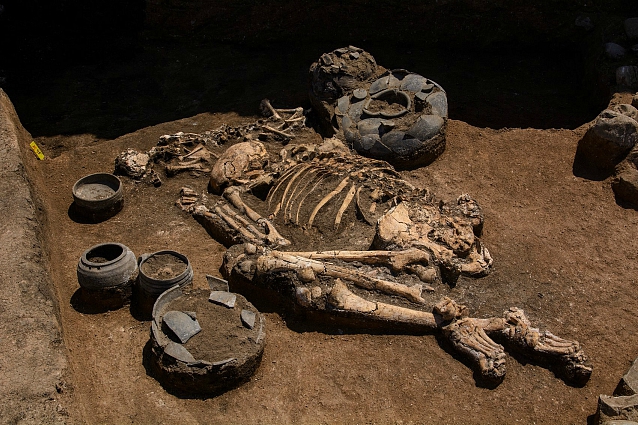 Archaeologists on site discovered human remains as well as various artifacts. Photo from the Ministry of Culture and Monument Protection of Georgia.

Now the archaeologists involved in further work at the site have discovered a historic water supply system, buildings of ritual designation and artifacts in the ancient settlement area.

Clay vessels, stone weapons and fragments of bronze items were all found within the settlement, which is encompassed by a 1.5km long, 7m wide wall.

In one of the most unique findings unearthed in the area was the grave of a military commander. 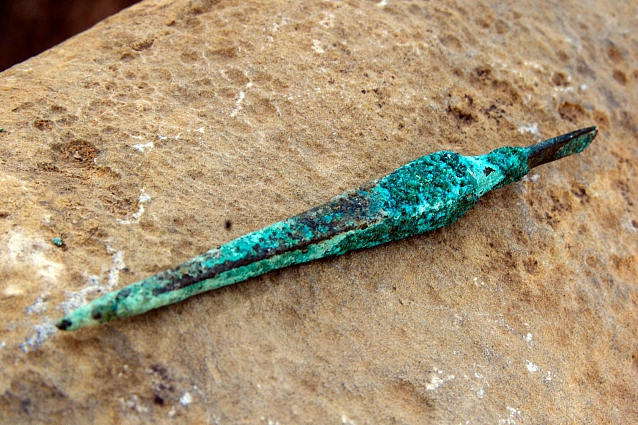 This bronze dagger was found in the grave of an ancient military commander, and was dated back to the 13th Century BC. Photo from the Ministry of Culture and Monument Protection of Georgia.

Among the remains of the ancient warrior was an arrowhead in the person's abdomen area, while a 13th century BC bronze dagger was buried next to the individual.

History experts said the arrowhead found in the remains did not resemble those made in the Caucasus region.

Three other graves were found under an upper stone layer, while fragments of stone-built constructions were also found within the settlement wall. 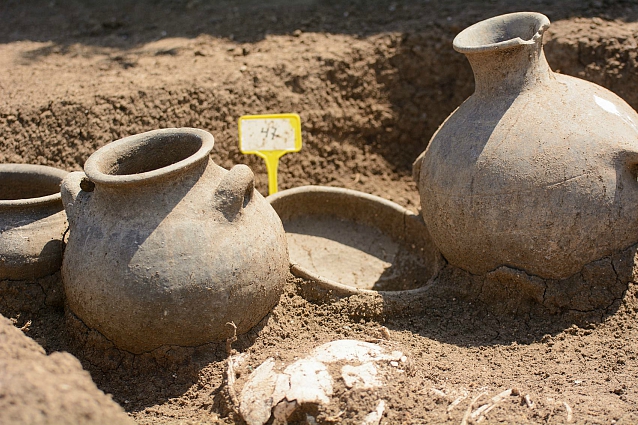 Clay vessels were among the artifacts found at Didnauri. Photo from the Ministry of Culture and Monument Protection of Georgia.

Intensive archaeological works at Didnauri launched last year after the settlement was discovered from satellite photos of the area.

The 2015 work at the site involved mapping of the area as well as excavating and clearing of the outer perimeter of the settlement. This year the archaeological digs kicked into higher gear and focused on the area within the wall marking the boundary of the settlement.

The Ministry of Culture and Monument Protection of Georgia said further work at the site was planned for the remainder of this year.