Georgia’s Prime Minister Giorgi Kvirikashvili is in Ankara for his first official visit to Turkey today.

The Georgian leader held his first meeting with Speaker of the Turkish Parliament Ismail Kahraman.

My visit to #Ankara has begun. After the session we will sign cooperation agreements btwn #Turkey & #Georgiapic.twitter.com/veawzmLR3o

Kvirikashvili offered his condolences for the victims of the attempted military coup in Turkey. He underlined the role of a strong and democratic Turkey for preserving regional stability.

The parties also discussed main aspects of cooperation between Georgia and Turkey. They outlined the successful partnership across various fields including politics, trade and economy, transportation, energy, defence and security, as well as cultural and humanitarian areas.

Particular attention was paid to trade and economic relations and it was indicated that Turkey was one of Georgia's important trade partners.

The Turkish official reasserted his country’s "unwavering support” for the sovereignty and territorial integrity of Georgia, as well as to its Euro-Atlantic integration aspiration. 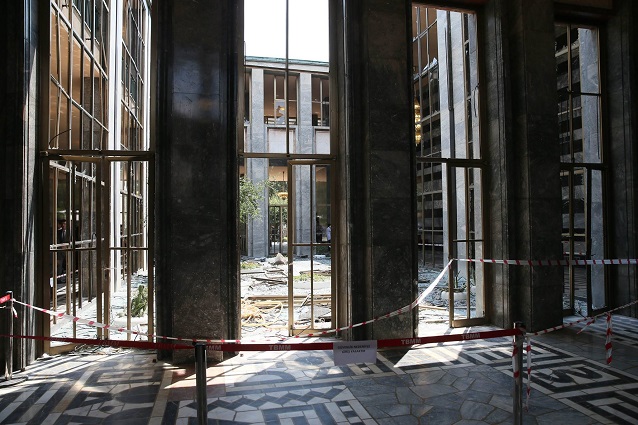 Photo by the PM's press office

After the meeting the Speaker of the Turkish Parliament showed Kvirikashvili part of the Parliament building that was damaged in Friday night’s attempted coup. 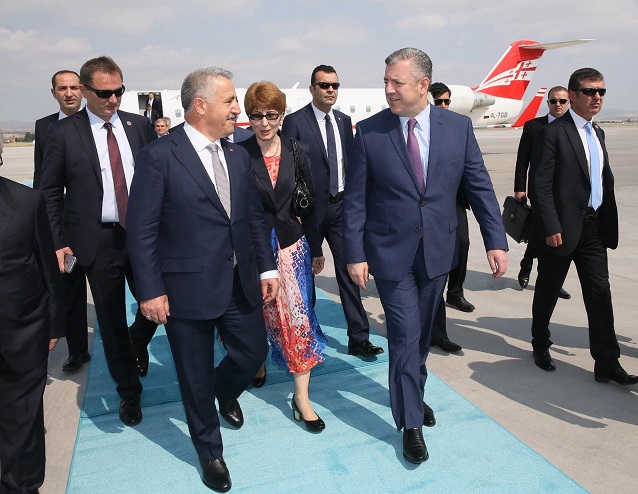 Arslan said the Turkish Government greatly valued the visit of Georgia’s PM in view of the regional stability. 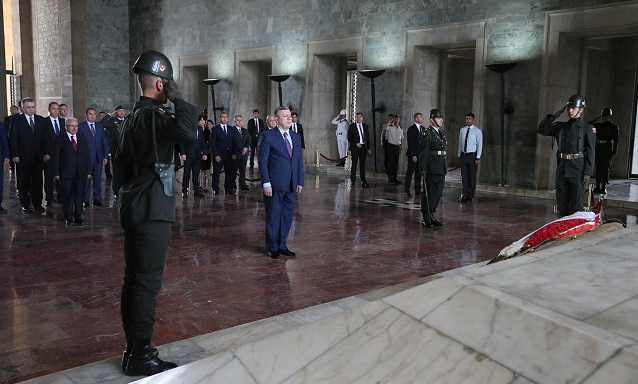 From the airport Kvirikashvili visited the Mausoleum of Ataturk and laid a wreath at the tomb of the founder of the Republic of Turkey. The Georgian leader left a record in the memory book.

"Ataturk, as one of the most prominent figures and leaders of the 20th century, occupies an outstanding position in the history of mankind," Kvirikashvili’s caption read.

Within the frame of his one-day visit, Kvirikashvili will also meet Prime Minister of Turkey Binali Yildirim.

The first session of the High Level Strategic Cooperation Council between Turkey and Georgia will also be held. After the session cooperation agreements between the governments of Georgia and Turkey will be signed. After this the two Prime Ministers will make joint statements for media.