A new mobile application is giving people in Georgia the chance to participate in country-wide efforts to clean up littered locations, reduce pollution and protect the environment.

The app, named Movla, was presented by Tbilisi-based mobile telecommunications company Geocell to the public on Thursday.

Named after the Georgian word for "caring", the software allows users to photograph littered areas they encounter across the country before marking – or "pinning" - the locations on a digital map of Georgia.

The "pins" will be visible to other app users and identify places that need to be cleaned either by public or official campaigns.

Reducing environmental pollution has become a hot topic in Georgia and several public campaigns have recently launched where people set out to clean littered areas. 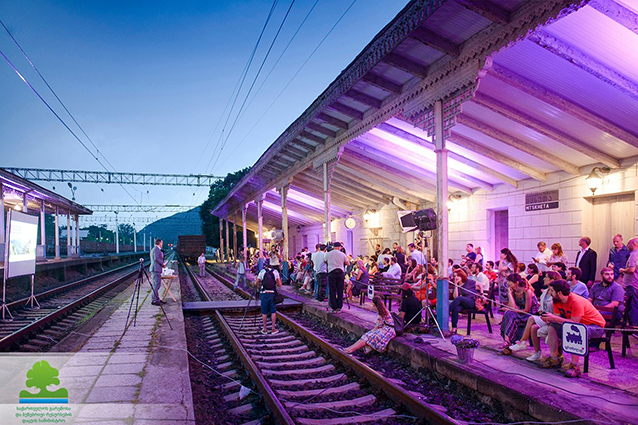 The project for the new application was presented on Thursday at the railway station of Mtskheta. Photo from the Ministry of Environment and Natural Resources Protection of Georgia/Facebook.

Movla will allow its users to categorise the type of waste they find under the following types:

The app will also allow user to submitting information to indicate the volume of a littered site as well as a description of the location.

Those behind the app also provided safety rules about using protective clothing and gear when dealing with construction or industrial waste. 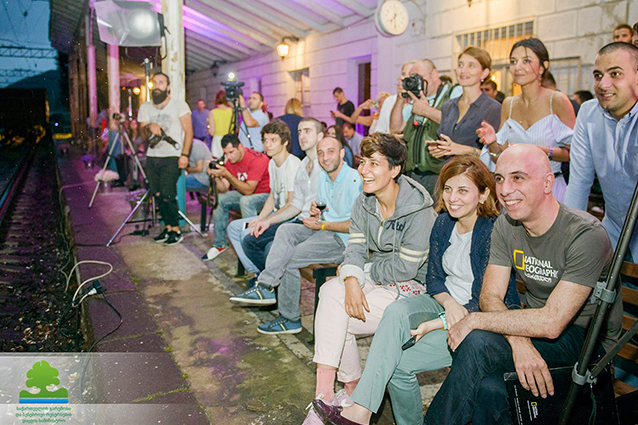 Editor-in-Chief of the ‘National Geographic Georgia’ magazine Levan Butkhuzi (R) attended the launch of the app in Mtskheta. Photo from the Ministry of Environment and Natural Resources Protection of Georgia/Facebook.

Hours after the official launch of Movla, the first "pins” were uploaded on the digital map of Georgia on the app’s official website.

The application itself is currently available for Android users and it can be downloaded from the Google Play store. Geocell said an iOS version for Apple mobile devices was in development and would be released in the near future.

The new app was presented at a railway station in Mtskheta, just outside capital Tbilisi, to guests and state officials including Georgia’s Minister of Environment and Natural Resources Protection Gigla Agulashvili and Tourism Department chairman Giorgi Chogovadze.