During her first visit ever to the country, Loren, 81, will attend an opera and ballet concert For the Love, hosted by Surguladze's Desire Tree fund at the Tbilisi State Opera Theatre on June 15.

The charity event will raise money for the treatment of Georgian children with severe illnesses.

While in Tbilisi the iconic Italian actress will meet Prime Minister of Georgia Giorgi Kvirikashvili and Patriarch Ilia II. 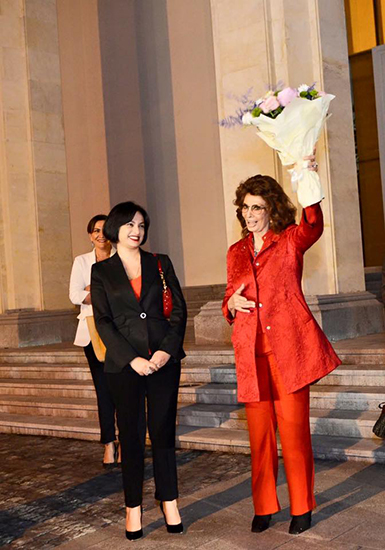 The 1962 Academy Award-winning actress was welcomed to the country on Monday by Surguladze and the Ambassador of Italy to Georgia Antonio Enrico Bartoli.

I am very pleased to see Sophia dedicate herself to such noble work as helping children," Bartoli commented while speaking about her visit.

We are happy to have her with us for the occasion … We met one another nine years ago at my performance and she still remembers all the details from back then, thanks to her amazing memory," Surguladze told reporters ahead of tomorrow night’s show. 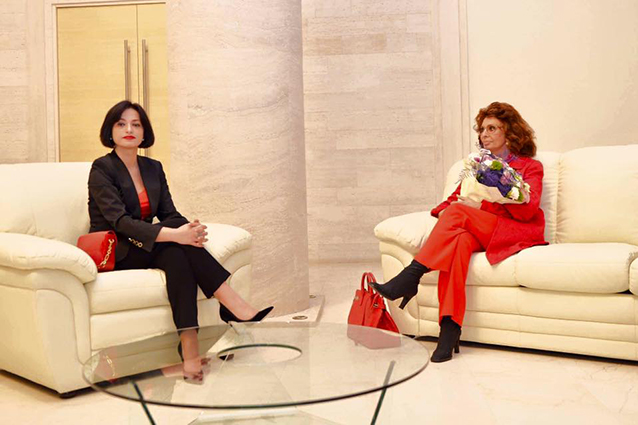 Loren's Tbilisi visit was also reported in Italian media, who are familiar with Surguladze through her successful opera career in Italy.

Loren’s Tbilisi visit and attendance of the June 15 was announced by the Georgian singer earlier this month.

The cinema star’s presence at the charity performance aimed to highlight the Desire Tree charity, which raised money to provide surgery for Georgian children with severe illnesses and health risks.

The June 15 show in Georgia's capital will see Surguladze take to the stage alongside the Tbilisi State Opera Ballet Company (State Ballet of Georgia) and the Theatre’s orchestra. The orchestra will be led by Italian conductor Carlo Ponti, who is the son of Loren.

About 200 international reporters have travelled to Tbilisi to cover the event.

The occasion will mark the fifth charity event by the Desire Tree fund, which was founded by Surguladze in 2014.

The show For the Love will also be performed at the Tbilisi State Opera on June 17 and 19.