Heavy military equipment from the United States (US) Army has arrived in Georgia and is ready to be used in a two-week joint US-Georgia military exercise.

The Noble Partner drills, involving about 1,300 service members from Georgia, the US and the United Kingdom, will launch on May 11 and continue for just over two weeks.

A range of heavy equipment involved in the drills has arrived in Georgia and is now stationed at the Vaziani Training Area, just outside Georgia’s capital Tbilisi.

Once the military exercises end, the iconic tanks will be exhibited for public display for Georgia's Independence Day celebrations on May 26 and 27. 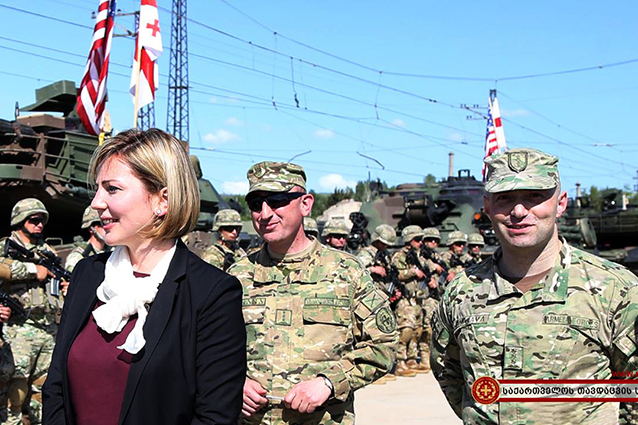 Georgia’s Deputy Minister of Defence Ana Dolidze (L) welcomed the visiting military guests and heavy equipment at the Vaziani Training Area on Thursday. Photo from the Ministry of Defence of Georgia/Facebook.

A collection of eight Abrams tanks, seven Bradley Fighting Vehicles, engineering and medical evacuation vehicles as well as other hardware arrived at the Vaziani Base on Thursday after its arrival at Poti Port on Georgia's Black Sea coast.

The equipment and military personnel were welcomed at Vaziani by Chief of General Staff of the Georgian Armed Forces (GAF) Major General Vakhtang Kapanadze and Deputy Minister of Defence of Georgia Ana Dolidze. 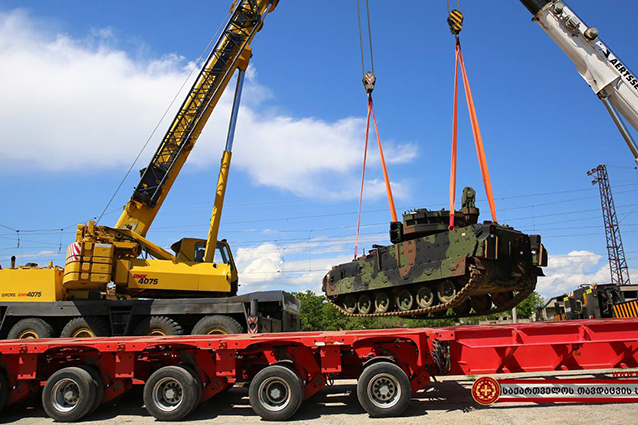 The drills will also feature the Bradley Fighting Vehicle as part of its armoured manoeuvres component. Photo from the Ministry of Defence of Georgia/Facebook.

Kapanadze spoke to reporters about the diverse range of equipment and vehicles set to be involved in the training exercise and noted the drills would benefit all of the involved parties.

[The force includes] diverse set of heavy equipment and combat systems. Most importantly, various support and logistics systems have also arrived - these will allow us to carry out an elaborate and complex exercise," said the GAF top official.

Kapanadze and Dolidze also spoke to logistics specialists from the visiting US forces and the involved GAF units during the arrival of the equipment at Vaziani. 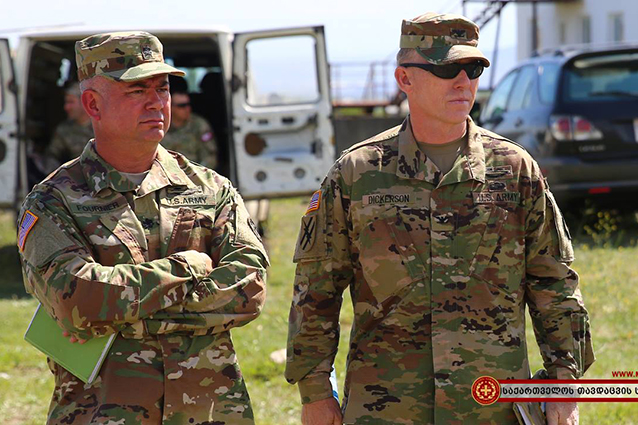 US Army personnel supervise the arrival of equipment at the Vaziani Traninig Area in Georgia. Photo from the Ministry of Defence of Georgia/Facebook.

Established in 2015, the Noble Partner exercise aimed to train service members from the GAF and NATO member states for the NATO Response Force (NRF) unit, and to improve the GAF’s interoperability with NATO soldiers.

This year's drills will involve around 1,300 service members including 650 American, 500 Georgian and 150 British personnel. The drills will be held at the Vaziani Military Base, located 20km outside capital Tbilisi.

The exercise will conclude on May 26 to coincide with the official celebration of Georgia's Independence Day.