The United States (US) Army's iconic Abrams tanks will feature alongside other heavy military equipment at this year's joint Georgia-US military exercise Noble Partner, which starts later this month.

The exercise, scheduled to run from May 11-26, will involve around 1,300 service members including 650 American, 500 Georgian and 150 British personnel at the Vaziani Training Area located 20km outside capital Tbilisi.

The annual drills are designed to help develop the Georgian Armed Forces (GAF) so the country can better contribute to the NATO Response Force (NRF), a multinational unit created to respond to security challenges around the world. 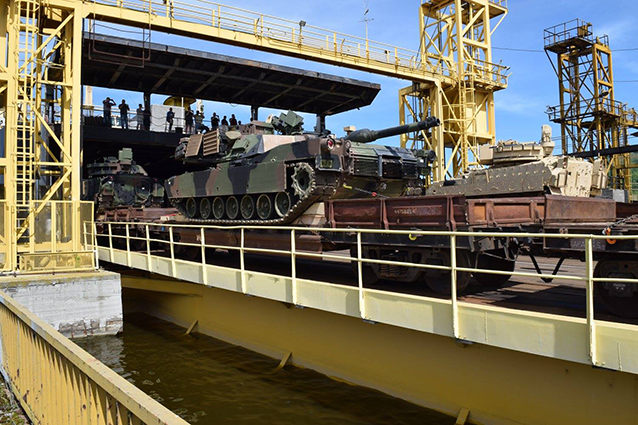 An Abrams Main Battle Tank is loaded onto a ferry for shipment to Georgia. Photo from US Army/Facebook.

On Sunday a number of Abrams Main Battle Tanks (MBTs) and Bradley Fighting Vehicles from the US Army’s 3rd Infantry Division's 1st Combined Arms Battalion, 64th Armour Regiment were loaded onto a ferry in Bulgaria to be transported via the Black Sea to Georgia.

US Army Europe Commander Lieutenant General Ben Hodges, who led the delegation, told reporters the visit served as preparation for the expected arrival of American heavy equipment in Georgia. 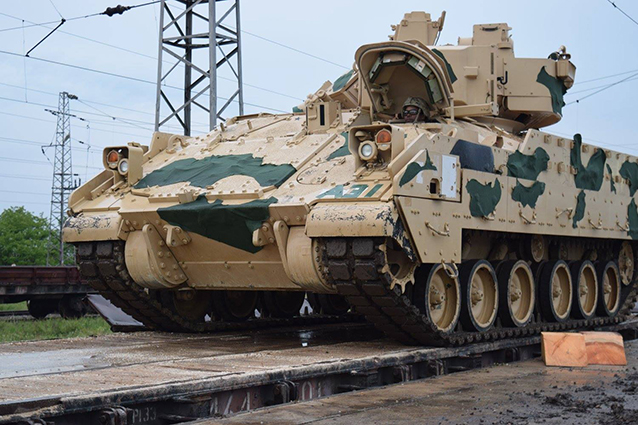 A number of Bradley Fighting Vehicles were also shipped from Bulgaria for taking part in the Noble Partner exercise. Photo from US Army/Facebook.

It was not announced when the equipment, now on its way to Georgia, would arrive at the country's Black Sea port of Poti.

The main US Army tank, the M1 Abrams, has become a symbol of the US Army and Marine Corps' armoured operations after its introduction in 1980.

Another US Army unit, the 173rd Airborne Brigade, will also feature at this year's Noble Partner drills. The paratrooper unit also took part in last year's exercise at the Vaziani range.

Similar to last year's Noble Partner exercise, which involved 400 Georgian and more than 200 US service members, the conclusion of this year's drills will coincide with Georgia's Independence Day celebrations on May 26.

US troops taking part in the 2015 exercise also participated in celebration activities for the Georgian national holiday.