All personnel – 276 military servicemen – of the 51st Battalion of V Infantry Brigade of the Georgian Armed Forces (GAF) have returned to Georgia after serving abroad. 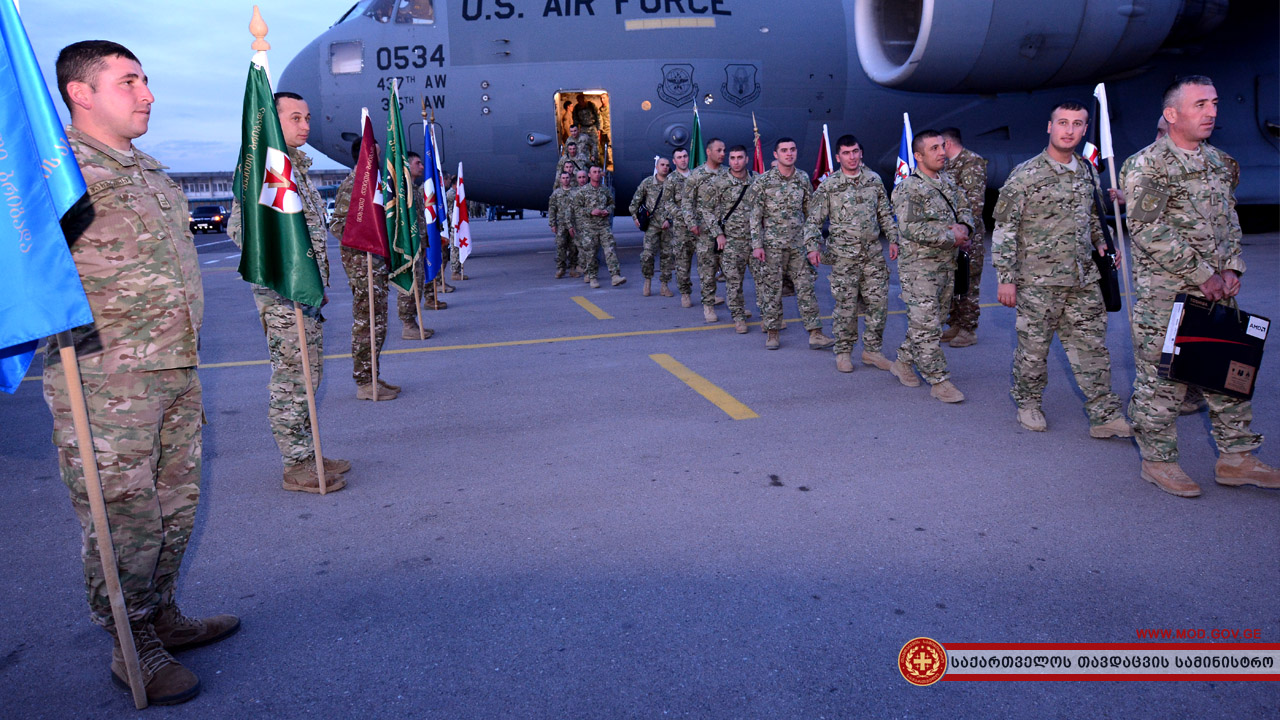 276 military servicemen have returned to Georgia after serving in Afghanistan.

The troops were taking part in the Resolute Support mission – a follow-on mission from the NATO-led International Security Assistance Force (ISAF) mission, which ended at the end of 2014.

While in Afghanistan the Georgian side was tasked with carrying out their duties alongside international militaries at Bagram Air Base in the province of Parvan, Afghanistan. The troops were under the United States command for six months.

Their main task was to provide security to Bagram Air Base. The 51st Battalion was replaced by the 43rd Battalion of IV Mechanized Brigade by rotation. The latter are already in Afghanistan.

The servicemen were welcomed home by Georgian military officials, who congratulated the peacekeepers on a peaceful return to their homeland. The officials also thanked the troops for their efforts and for successfully completing their duties within the Resolute Support mission.