The brother of Georgia’s late Prime Minister Zurab Zhvania claims new evidence has been identified that proves the country’s former top official died because of injures rather that carbon monoxide poisoning, as it was reported under the previous government.

New evidence has been uncovered in the reinvestigation, launched under the current state leadership, but I cannot speak about the details as it would jeopardize the outcome of the investigation,” G. Zhvania said, reiterating he always doubted the former government’s version that Z. Zhvania had died of carbon monoxide poisoning.

He did concede that an FBI experiment in the new investigation stated the heater in the apartment where Z. Zhvania and Usupov were found was in working order. "Therefore there was no chance of carbon monoxide poisoning,” G. Zhvania said.

A tape has also been found that shows injures on my brother’s head. The tape was accidently saved from being destroyed. Of course the tape and many other pieces of evidence were not included in the case following the initial investigation conducted by the former state leadership,” G. Zhvania added. 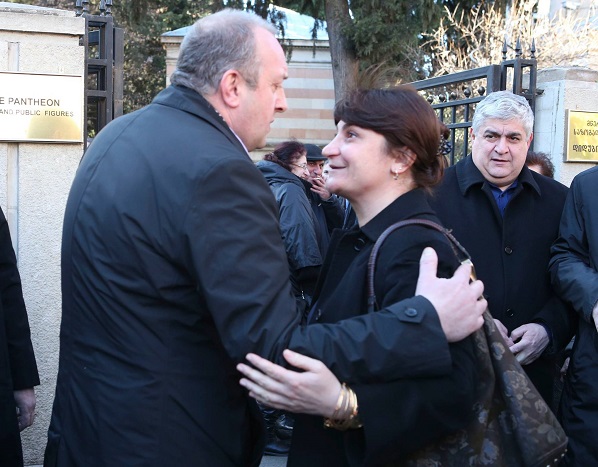 The official cause of death of Z. Zhvania and Usupov has not been determined but officials and experts who examined the bodies under the United National Movement’s (UNM) government, claimed the men died as a result of carbon monoxide poisoning from an inadequately ventilated gas heater.

However Z. Zhvania’s family and friends disputed this version and claimed the former PM – one of the major figures of the 2003 Rose Revolution – was killed. They also disputed the autopsy result, which expert Levan Chachua performed on the bodies shortly after they were found.

A new investigation into the men’s death was launched in late 2012 after the Georgian Dream coalition came into power.

Three separate investigations were launched in connection with Zhvania and Usupov’s unexpected death. The first was to determine the exact cause of the men’s death (this is an ongoing investigation); the second was to determine why autopsy expert Chachua did not make note of all body injuries in his autopsy report; and the final investigation related to negligence charges against Zhvania’s security guards Koba Kharshiladze and Mikheil Dzadzamia.