If Nodar Kumaritashvili was alive today he would definitely take part in the Sochi Winter Olympics, says the father of the luge athlete who died in a tragic accident hours before the opening ceremony of the 2010 Winter Olympics in Vancouver.

With his tragic death Nodar Kumaritashvili hurt his family members and friends but meanwhile, changed a lot in the luge sliding sport. Already in Vancouver everybody knew they had to change things on the track for the next Sochi Olympics. The run on the track definitely had to be slowed down.

As a result, Sochi has got a ‘roller-coaster-like track’ as reported in the New York Times, which runs more than about 10 kilometers per hour slower than the one in 2010.

At 21 years of age, Kumaritashvili died without fulfilling his ultimate wish – becoming an Olympic champion. He was on his final official training run when he lost control at high speed and crashed into a steel pole at 143.3 km per hour.

So fast, not so good

Four years after Kumaritashvili’s fatal run at the luge track in Vancouver, his friends, family, his country’s government and society have been searching for answers and trying to determine the real reason why the athlete died. Was it a result of driving errors committed by Kumaritashvili(as the International Luge Federation (FIL) report claimed) or was it because of imperfections in the track?

Four years after Kumaritashvili’s death and with a new Olympic competition coming up, friends and family continue to seek answers and action. 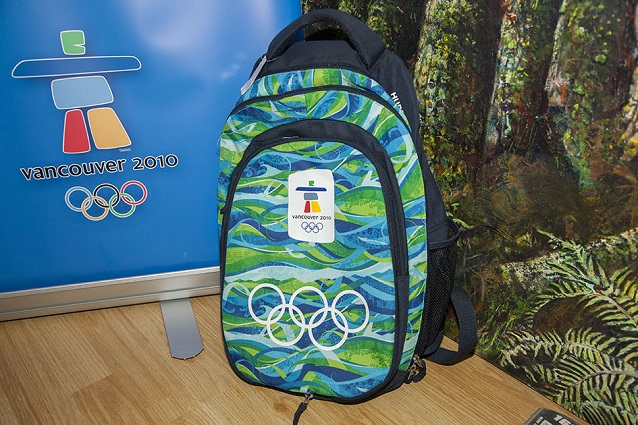 The Olympic bag in Nodar's room, it was sent to Nodar's family after the Games in Vancouver. Photo by N. Alavidze. See more "In Pictures".

Attempts have been made to prevent such a tragedy happening again, as the accident caused Sochi Olympics organisers to rethink the design of the luge track in Sochi. The track is slower and features three uphill sections, an unprecedented number of hills. The first two were added to reduce speed and the third, near the end of the track, in order to provide a drastic raise where the track curls over itself. The designers made firm brakes where there speeds are expected to reach 160 kilometers per hour.

The track in Sochi runs slower than one in Vancouver. Photo by James Hill. See more "In Pictures".

Besides the uphill parts, the track has unusual 17 curves which begin with sharp descent or vice versa, dipping away at a sharp angle.

Immediately after Kumaritashvili’s crash, changes were made to the Vancouver Olympic luge track.The FIL made the start of the track lower however explained this change was made to reduce emotional difficulty for the athletes. Following the tragic accident, the luge competition continued on schedule. Meanwhile before Kumaritashvili’s crash, a number of other athletes had also crashed on the luge course.

Georgia’s Minister of Sport Levan Kipiani said the issue cannot be closed until society has no more questions.

"Yes there is a report by the experts but on the other hand, changes occured at the Vancouver luge track and the start was made lower as well. Besides this, other athletes were seriously injured at the same track before Nodar’s death. Accordingly, since public interest is high towards this case I would not say the case is closed,” Kipiani said. 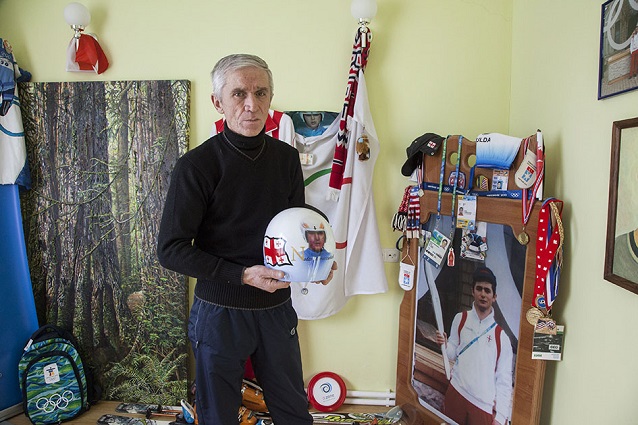 Nodar’s father, David Kumaritashvili who is also a former luger, says his family was sure his son was not to blame for the crash and the tragedy was caused by track imperfections. This is the same belief of his daughter, Nodar’s younger sister. She says everybody knows, including the FIL, that Nodar was a professional luger and he would not make such a crucial mistake on the track.

"If he wasn’t a professional or had a lack of experience he would not have undergone the strict qualification process and become an Olympian,” Mari Kumaritashvili says.

Christian Niccum, an American luger who will compete at his third Olympics in Sochi, told the New York Times: "It’s such a terrible thing to say it’s his fault; it’s so much easier to say it’s someone else’s fault or the track’s fault. But in the end, he’s the one on that sled.”

Canadian Olympic luger Regan Lauscher wrote an article for the Calgary Herald stating Kumaritashvili’s death was about as probable as "getting hit by lightning."

"We race our unarmored bodies down ice tracks with no brakes and no mechanism for slowing down. There is no seatbelt and no air bag. ... Hence, we go fast. Extremely fast," Lauscher wrote.|/

"Nodar's crash wasn't out of the ordinary," she added.

"Its fatal consequence was."

Svein Romstad, general secretary of the FIL told Associated Press: "There’s no doubt in my mind he was absolutely qualified.”

Despite believing their son was not at fault, Kumaritashvili’s family will not file a lawsuit against the FIL. They are sure the Whistler Slide Center’s track in Vancouver had been changed because it was not built correctly.

Kumaritashvilis’ family are continuing to grieve their son but are faced with other problems.

Besides financial needs, they are not satisfied with the amount of attention granted by the Municipality to Kumaritashvlis’ grave in his home village Bakuriani, in the Borjomi province. They were promised a luge track would be erected in Kumaritashvili’s name but four years after his death, this has not started. 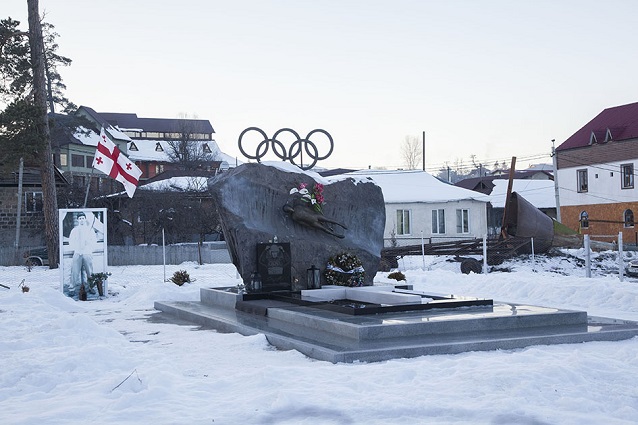 A few days ago, President of the Georgian National Olympic Committee Leri Khabelov and his colleagues visited the Kumaritashvili family. Khabelov said if Nodar was alive, he most probably would have participated in the Sochi Olympics,so gave his family the official Georgian Olympic outfit for the upcoming Games.

Olympic Committee officials have discussed problematic issues with the Kumaritashvili family, which included a promise to resolve track building issues.

Georgian Olympic Committee representative Kakha Beridze said at the beginning the parties talked about building a luge track in Kumaritashvili’s name but then it was decided that it would be a sports complex where various sportsmen would be able to train.

He said the International Olympic Committee had already transferred money for the project but there were some bureaucratic issues to resolve. 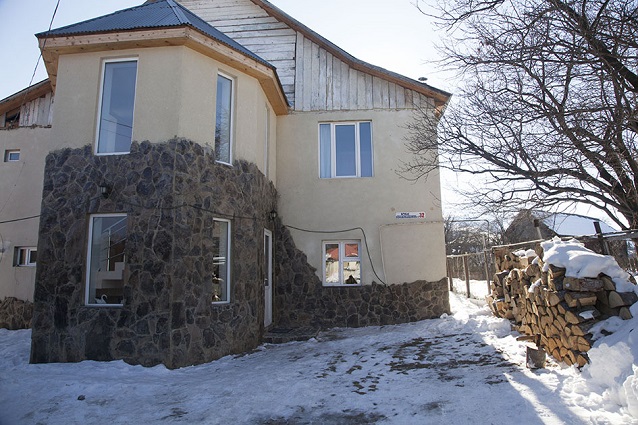 "There have been some changes in the country at Governmental level, as well as in the Committee itself, which to some degree have slowed the process down, but now everything will be done as needed,” he said.

"This is the idea which will be implemented or not after the meeting. Anyway, the decision to build the track is taken,” Kipiani said.

The Kumaritashvili family stated they were angry because of delaysand not knowing if the track was going to be built or not. They said they were also promised that Nodar’s grave behind the Holy Christmas Church in Bakuriani would be adequately fenced order to keep it well protected but this has not happened. Furthermore, they were told the Olympic Committee would build a museum in Bakuriani which would be named after Kumaritashvili.

Beneath Kumaritashvili’s grave, there is a stone memorial which depicts the late athlete on a luge with Olympic rings above.

"Yes, Nodar would go to Sochi,” his father said.

"He was training since he was eight years old and he knew how difficult training for that goal was. The goal is the peak to your training and you devote all your time in your life – the goal was the Olympic Games. This is why he would go to Sochi…if he were here,” he said.

Nodar Kumaritashvili will be honoured at the Sochi Olympic Competition, though.