Tbilisi International Book Fair will return in public form for its 2022 edition in Georgia's capital city, while Nikozi Animation Festival will host visitors for the first time since the start of the pandemic in the customary location in central Georgia.

With cultural events and awards announcing their plans for the new year through the changing reality of pandemic risks, organisers of the two popular occasions updated their followers on social media with preparations for this year's editions.

The book fair event, visited by thousands of literature enthusiasts in its editions, had to move online last year, despite original plans to host its full run in Tbilisi.

The 2022 fair is now set to finally be hosted in-person, with the Georgian Publishers and Booksellers Association, the organising body, revealing a "special safety protocol" adopted by the team would make it possible to have readers attend it in person. 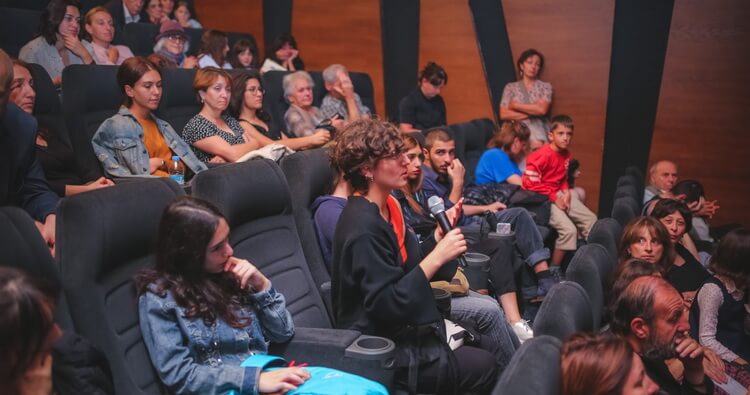 Returning after a two-year absence due to pandemic travel restrictions, the Nikozi festival will look to welcome filmmakers and cinephiles in central Georgia. Photo via International Animation Film Festival Nikozi.

Between May 26-29, the event will be welcomed at its customary location, the Expo Georgia fairgrounds, to promote new releases and publishing houses, offer networking opportunities for professionals, and more.

Over in the historical central Georgian village of Nikozi, the celebrated International Animation Film Festival Nikozi will return after a two-year absence caused by the pandemic situation.

Slated for a September 1-6 run, it will mark the anniversary 10th edition of the event that brings animated productions, filmmakers and an enthusiastic audience to the village located near the occupation line dividing the Georgian-controlled territory from the Russian-occupied Tskhinvali (South Ossetia) region.

Further details on both events are expected to be revealed by organisers in the run-up to their launch.