Zourabichvili told the press the law prohibited her from pardoning the former official due to pending cases related to his time in office, and noted if courts ruled for the transfer of Saakashvili for medical purposes based on the report, the decision would “prove” the independence of the judicial system.

In her recent interview for the BBC, the president also said she would not pardon Saakashvili even if the trials involving him were closed, citing the “gross violations” of human rights under his rule.

It is probably the obligation of [Saakashvili’s] lawyers to address the court when the conclusion is available [to request his transportation abroad]”, she said.

Zourabichvili reiterated she was monitoring Saakashvili’s health “very closely”, with several meetings having been held with health professionals and domestic non-governmental organisations for the purpose. 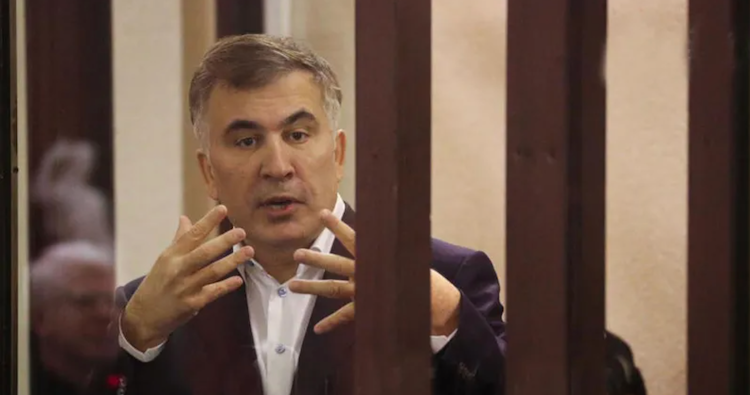 On Monday Saakashvili dismissed claims by his lawyer Valeri Gelbakhiani over his alleged poisoning while in custody, stating he had “never” told any of his lawyers he had suspected poisoning had triggered his current “complicated health”. Photo: IPN.

The domestic NGO Empathy, which is involved in the drafting of the report on Saakashvili’s health with foreign medical experts, said while the document would be completed this month, translation and other “mandatory procedures” could take time before the lawyers were allowed to publish sections from it.

Saakashvili was arrested in Tbilisi in October 2021 after his clandestine return to Georgia. He is currently serving a six-year term for two separate abuse of power cases while in office, with three other cases involving his term pending.

His lawyers and family members have claimed the former president is in “urgent need” of treatment abroad, adding local professionals had been “unable” to make “accurate diagnosis and ensure relevant treatment” for months.

Responding to the claims, the country’s justice ministry has said “all necessary services” have been ensured for the former president in detention since his arrest and have stressed his potential transfer for treatment abroad could only be ruled by courts.