Georgian prime minister Irakli Garibashvili on Friday said representatives of the Ukrainian government had “openly campaigned” for involvement of Georgia in the ongoing war between Russia and Ukraine following the launch of the Russian invasion in February.

Speaking in the parliament, the top official said “allies” of the Ukrainian government in Georgia had organised rallies in a bid to replace the Georgian government and open a “second front” in the conflict via the country.

Representatives of the Ukrainian government openly stated that our government was ‘not ready’ for the war and that if Mikheil Saakashvili [imprisoned former president of Georgia] was in office there would be a second front in Georgia”, the PM told lawmakers.

“No one doubts that there would be a war [under a government formed by the United National Movement opposition] and that they would turn the country into a battlefield”, Garibashvili said.

Accusing the “radical wing” of the domestic opposition of “fighting against national interests” and taking “treacherous steps”, the PM stressed Georgia had joined more than 400 resolutions in support of Ukraine since the outbreak of hostilities in the country, expressing support for the country “in all formats” and ensuring all forms of aid it could provide. 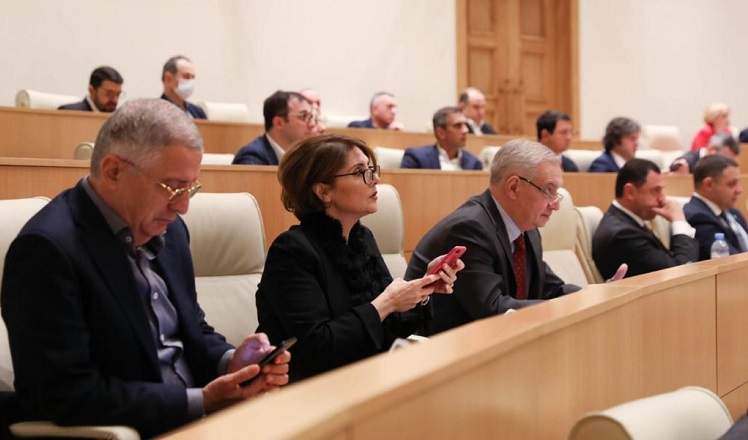 Pointing to the scale of the Russia-Ukraine war as “most serious” since World War II, the official said shortly after the beginning of the conflict members of the Georgian “radical opposition” had taken to the streets to protest the government’s move on not allowing charter flights from Tbilisi to transport volunteers to Ukraine.

We are members neither of NATO nor of the European Union, and 20 percent of our territory is occupied. In this situation, the opposition demanded the government accept the charter flights, which would mean direct involvement in the war. Russia’s reaction to the move would be appropriate, leading to the [opening of the] previously announced second front in the country”, Garibashvili said.

The PM also said decisions of the UNM - both while in office and in opposition - had been
“against national interests”, and noted that in the wake of the 2008 Russia-Georgia war the then-in-power party had refused to campaign for imposition of international sanctions on Russia.

“They also signed a treasonous resolution [over the war], sold strategic facilities to Russian state companies and introduced visa-free travel for Russian citizens”, Garibashvili said, adding Saakashvili was “personally meeting Russian tourists at the borders and begging them to enter the country”.