Darchiashvili noted the main emphasis of the prime minister’s address had been directed towards “global or local regional challenges” concerning the country and the world, adding Georgia’s aspiration for regional security and peace policy had been one of the primary points of the comments.

The Georgian FM said the prime minister had highlighted the importance and role of Georgia to the world in pointing out participation of Georgian peacekeepers in international missions, and also noted his “very open” appeal to Abkhaz and Ossetian citizens of the country and remarks on the “prism of coexistence” with them. 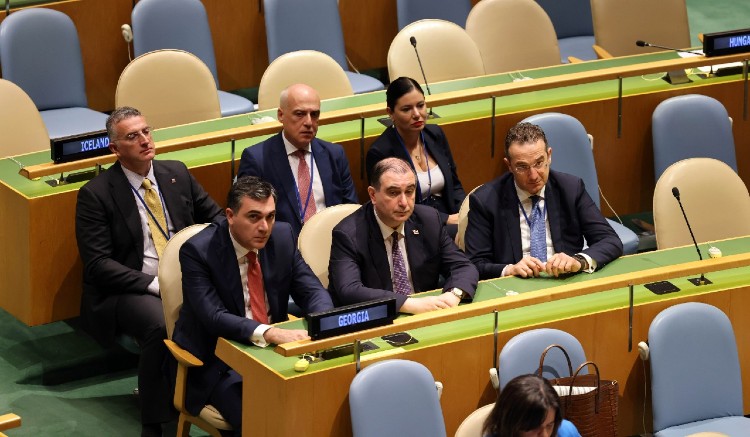 He also said the PM had used the opportunity to address an international audience and talk about the European perspective of the country and its future integration in NATO in an emphasis of the “important foreign policy priorities” of his government.

“The prime minister particularly emphasised that our country [...] will definitely continue with the agenda of reforms. This is our future, which is the main mechanism in the process of implementing our foreign policy directions, and we will spare no effort in this direction, and the head of the Georgian government will be the person who will lead this very important process," Darchiashvili said.

The top Georgian diplomat also cited Garibashvili in his pledge for “full support” to Ukraine alongside the international community on the backdrop of the Russian military aggression against the country.