Judoka Varlam Liparteliani has claimed yet another gold for Georgia on the third and last day of the Doha World Judo Masters today.

Liparteliani, 31, has handed a defeat to his Azerbaijani rival Zelym Kotsoiev, 22,  in the under 100kg category.

As Kotsoiev's right arm came high, @varlamliparteliani caught it and dropped under for a lightning fast drop Seoi! He really is one of the greatest Judoka of this generation, such incredible longevity!#JudoMasters #Judo @qatar_olympic

The International Judo Federation (IJF) wrote that 'after only nineteen seconds Liparteliani, who is most well known for his uchi-mata, scored a waza-ari with a dropping seoi-nage, to take the lead'.

For the rest of the final Liparteliani carefully escaped from all Kotsoiev's attempts to come back. The Georgian enjoyed winning his third title at the Masters and again rises into the list of favourites for the Olympic title this summer. Let's not forget him", IJF wrote.

Meanwhile yesterday yet another Georgian judoka Tato Grigalashvili grabbed the first golden medal for his country.

Grigalashvili was named 'best male athlete' based on the number of ippon scores (four ippon) and the total time spent on the tatami (16 minutes and 33 seconds) at the end of the competition. 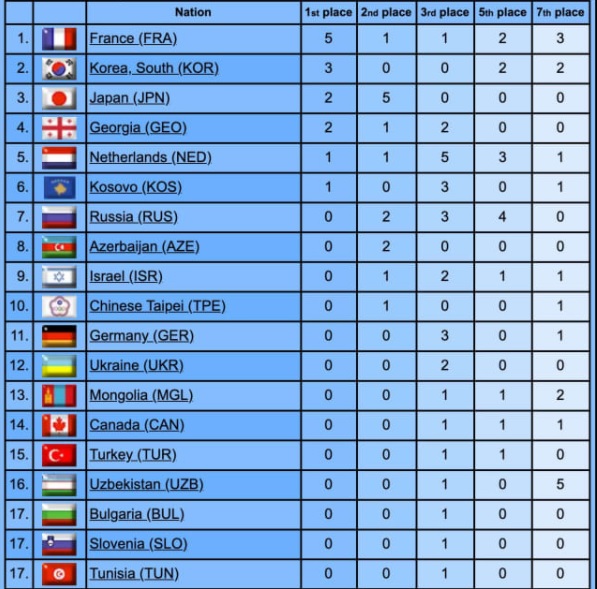 Held in Qatar on January 11-13 the Doha World Judo Masters has come to an end.