Three individuals who stand charged with assaulting 19-year-old footballer Giorgi Shakarashvili have been released from the courtroom on bail earlier today.

Chkhartishvili, Gogshelidze and Tsakadze were involved only in the brawl that took place between two groups of guests in the Narekvavi settlement of Mtskheta municipality on June 18, to where Shakarashvili had been invited for a friend’s birthday party. 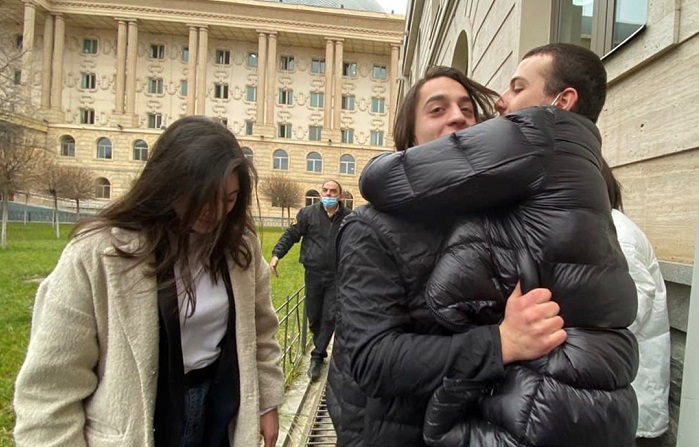 Police found that Chkhartishvili, Gogshelidze and Tsakadze were not involved, however, in the brawl as a result of which Shakarashvili was killed on June 18.

Shakarashvili’s body was found in the river Aragvi after a four-day search on June 22.

The Georgian Prosecutor’s Office released the results of the autopsy on July 10, which showed that the 19-year-old footballer’s death was caused by drowning.

In total 17 individuals have been detained in the case.

On November 13 the Prosecutor’s Office said that five individuals, including minors attacked and then threw Shakarashvili into the Aragvi River, while the remaining 12 individuals were involved in group violence and kidnapping.