Georgian Prime Minister Irakli Garibashvili says that 300,000 Georgians fit to work are dependent on state social assistance, even though the government is able to create jobs for them and ensure stable income in the long  run.

In an interview for the Georgian Public Broadcaster yesterday, Garibashvili also stated that existing drug policy in Georgia is ‘too liberal’ and that the government has plans to further tighten penalties for the sale of drugs, including by pharmacies.

Garibashvili says that a working group chaired by a vice-pm has already been created to identify jobs.

The government has started to rebuild windbreaks and planting forests. Also, a number of infrastructure projects are underway in municipalities. We will create new jobs to change the mentality of the individuals who are currently dependent on a flawed welfare system,” Garibashvili said.

He stated that there are various state programs, like Produce in Georgia, which will become more available to the public and play a role in decreasing the poverty rate.

Garibashvili said that along with tourism, energy and export-oriented local production could become major sources of income for Georgia. 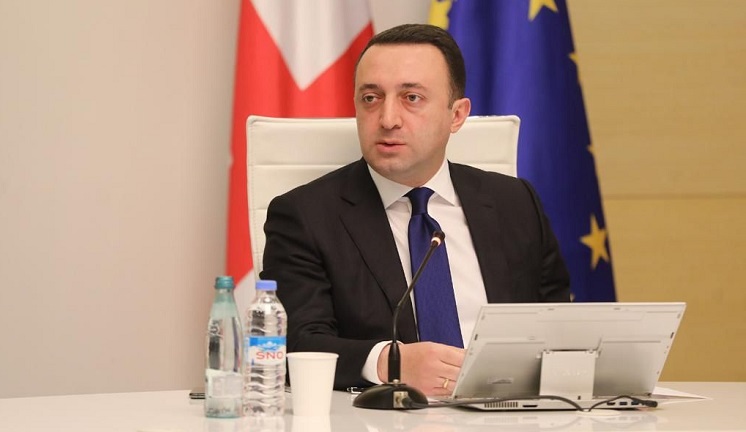 PM Garibashvili says that no restrictions are expected for brick and mortar casinos. Photo: governmnet of Georgia press office.

He also said that the government is taking steps to ‘turn Georgia into an eastern Luxembourg’ and offer attractive projects to foreign investors.

It is my idea to make a special financial zone in Gonio, western Georgia, with a financial center where billions of dollars will be invested,” Garibashvili said.

He stated that hydro-power projects would be in the interests of the country and its population.

He also said that people should be aware of these projects and the conditions of agreement to prevent such incidents as with Namakhvani HPP.

Garibashvili said that individuals up to 25 years old must not be allowed into casinos or gambling spots, and that ‘this will be under strict control.’

He stated that the Ministry of Finance will present concrete initiatives on new regulations for online casinos, while no restrictions are expected for brick and mortar casinos.

Garibashvili also stated that prices for medications in Georgia are too high ‘which must be regulated,’ and that the government will present a bill to regulate prices  in December ‘which will be approved with close cooperation with the state legislature by December-January.’