UNM announces rallies in all large cities in Georgia

The United Nations Movement (UNM) plans to hold ‘large rallies’ in all large cities in Georgia, during which demonstrators will demand the release of former president of Georgia Mikheil Saakashvili from prison, UNM member Levan Bezhashvili said earlier today.

Bezhashvili’s statement follows yesterday’s rally in central Tbilisi by the UNM ‘which saw thousands of Georgians gathered, demanding freedom for the former president.’

Bezhashvili says the UNM will inform the public of its plans in the coming days. 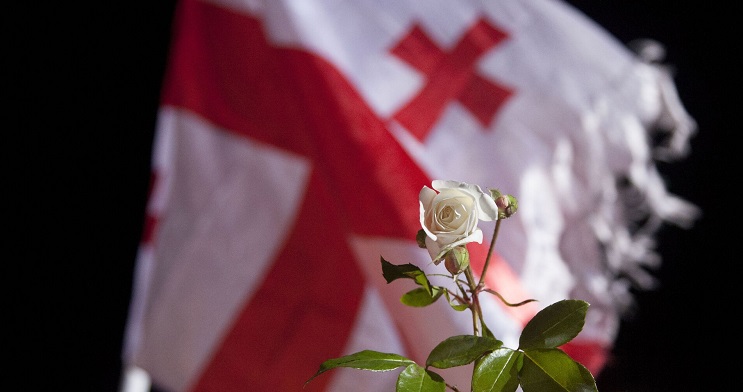 We will continue exercising pressure on the Georgian Dream (GD) government, with all measures inside and outside the country, to set Saakashvili free,” Bezhashvili said.

According to Netgazeti, around 40,000 individuals attended the UNM rally yesterday.

The UNM cited Saakashvili as saying that ‘more people gathered at the rally than during the 2003 Rose Revolution [when the UNM under Saakashvili overthrew Eduard Shevardnadze’s government].’

Party members claim that the hunger strike, which Saakashvili began on the day of his arrest in Tbilisi on October 1, has weakened the former president.

Saakashviili says he returned to Georgia after eight years in political exile to support his UNM party in the October 2 municipal elections and replace the current Georgian Dream government, as he says, via snap parliamentary elections. 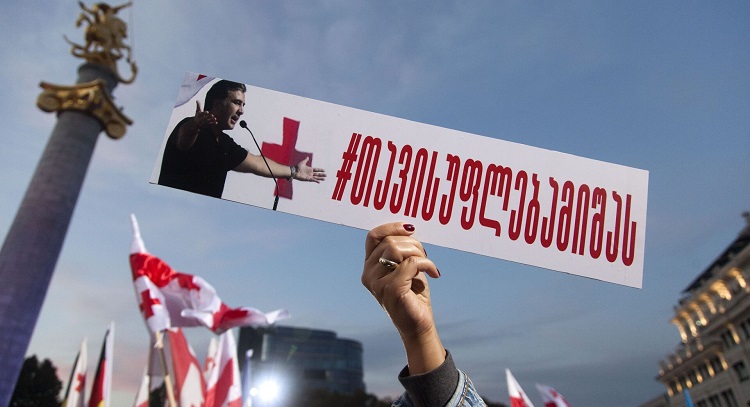 Many opposition parties refused to participate in the UNM rally because of Saakashvili. Photo: Nino Alavidze/Agenda..ge.

Both Saakashvili and UNM had expected the ruling party to receive less than 43% of the vote in the proportional part of the municipal elections, which, per the EU-mediated agreement of April 2021 (from which GD withdrew ahead of elections), would force the ruling party to accept snap parliamentary elections.

However, GD received almost 47% of the vote, and won the majority of mayoral and majoritarian seats.

The election run-offs in 20 of 64 mayoral and majoritarian constituencies will take place on October 30, in which the GD and UNM candidates will compete in 17 constituencies.

UNM claims that it has the chance to win all the constituencies, while the GD states that all of its candidates will win.