The Grand Chamber of the European Court of Human Rights (ECHR) has accepted a fourth complaint from the Human Rights Center (HRC) regarding a case of the June 2019 Tbilisi protests which were sparked by the presence of Russian MPs in the Georgian parliament.

The case named Berikashvili vs Georgia has already been registered by the court. A citizen affected by the (Georgian) Interior Ministry’s raided demonstration demands the establishment of violations of Articles 3, 10, 11 and 13 of the European Convention,” the HRC reports.

The HRC has been protecting the legal interests of Vakhtang Berikashvili who participated in the protest in front of the Georgian parliament since 2019.

Vakhtang Berikashvili received significant health injuries as a result of the dispersal of the rally by the (Georgian) Interior Ministry which used disproportionate force,” states HRC.

In addition to the wounds, Berikashvili experienced strong emotional stress when he saw the law enforcement officers firing rubber bullets at the protesters,” the organisation adds.

Berikashvili has not been granted victim's status by the investigative bodies yet. 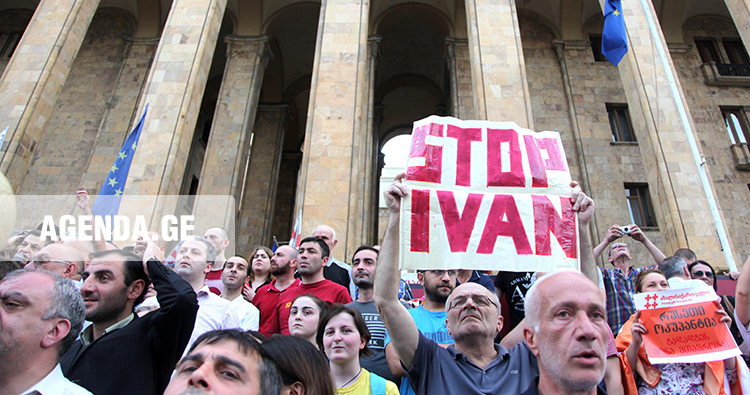 32 journalists and 80 law enforcers were injured during a clash on Rustaveli Avenue on June 20. Photo: Nino Alavidze/Agenda.ge.

The HRC is protecting the rights of three journalists from the June 2019 protests and they were granted the victim’s status after the ECHR registered their cases in 2020.

Russian MP Sergey Gavrilov from the occupant country Russia took the seat of the Georgian parliament speaker during a religious conference on June 20, 2019, which provoked the protests in Tbilisi.

A total of 275 people were injured and 19 individuals were charged with group violence during the June rally.

The Georgian parliament adopted an amnesty bill for the June 2019 protesters on September 7 with 79 votes in favour and 15 votes against the bill.