Georgia’s external trade turnover amounted to $8.67 billion in January-August 2021, which is 22.2% higher compared to the same period of the last year, show preliminary data from the National Statistics Office of Georgia (Geostat). 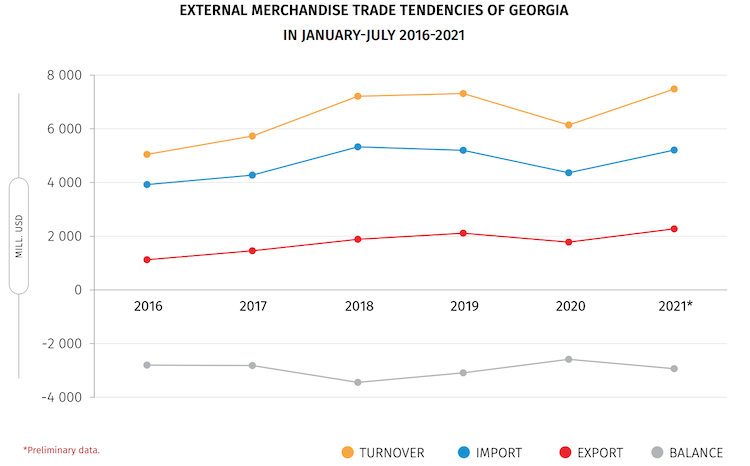 Georgian Economy Minister Natia Turnava said that exports of Georgia in the first eight months of 2021 increased by 7.2% compared to the same period of 2019, which is a pre-pandemic year.

This means that the economic recovery is continuing. The growth of exports will be directly reflected in GDP, in economic growth rates which gives us stimulus to believe that this year we will have double-digit economic growth", said Turnava.

The trade deficit of Georgia in January-August 2021 amounted to $3.46 billion which is 40% of total trade turnover.