Narikala Fortress among 7 most endangered cultural heritage sites in Europe

Narikala Fortress, an ancient fortress overlooking the Georgian capital of Tbilisi, has been listed among the seven most endangered cultural heritage sites in Europe by Europa Nostra, a leading European cultural heritage organisation.

An article published on the organisation’s official page reads that today the fortress is at risk of collapse, mainly due to lack of maintenance, hydro geological issues in the area and general decay. In addition, a high-capacity cable car, built in 2012, has increased visitor access twofold, which in turn has increased the affect of tourism on the site.

The first mention of the fortress in Georgian historical records dates to the late 4th century. Later additions were made to the fortress in the 7th and especially in the 11th centuries. In 1827, an earthquake destroyed the inner part of the fortification, and severely damaged the external walls. 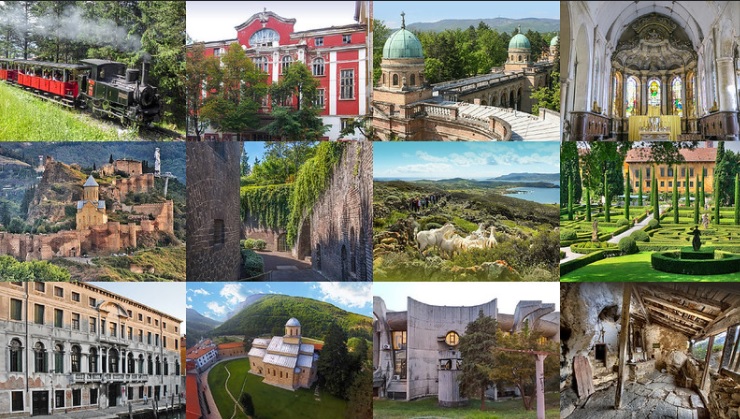 12 heritage sites shortlisted for the 7 Most Endangered programme 2021. www.europanostra.org.

Tbilisi Development Fund, with the consent of Tbilisi City Hall and with the support of the Georgian Arts and Culture Centre (GACC), nominated the Narikala Fortress to the seven Most Endangered Programme 2021.

Any new use of the Narikala Fortress must be rigorously planned and controlled, prioritising the recovery of the remains of historical structures and the consolidation of archaeological vestiges,” noted the Advisory Panel.

The Seven Most Endangered programme is run by Europe Nostra in partnership with the European Investment Bank (EIB) Institute.

For the 2021 edition, for the first time since the launch of the programme, the selected seven most endangered heritage sites will be eligible for an EIB Heritage Grant of up to €10,000 per site.

The EIB Heritage Grant can be allocated to the eligible selected 7 Most Endangered sites to assist in implementing an agreed activity that will contribute to saving the threatened site.