Unmanned aerial vehicles from Spanish producers will equip Georgian reconnaissance units after their acquisition by the Ministry of Defence of Georgia, as revealed on Monday.

A show flight of the newly purchased drones was set up at the Marneuli Aviation Base in Georgia's south-east for minister Irakli Garibashvili, with the ministry saying the devices would "significantly strengthen defensive capabilities" of the Georgian Defence Forces.

The "tactical and operational" drones will equip aerial reconnaissance units of the GDF and also be used for exercises and rescue missions in the country, the MoD announced. 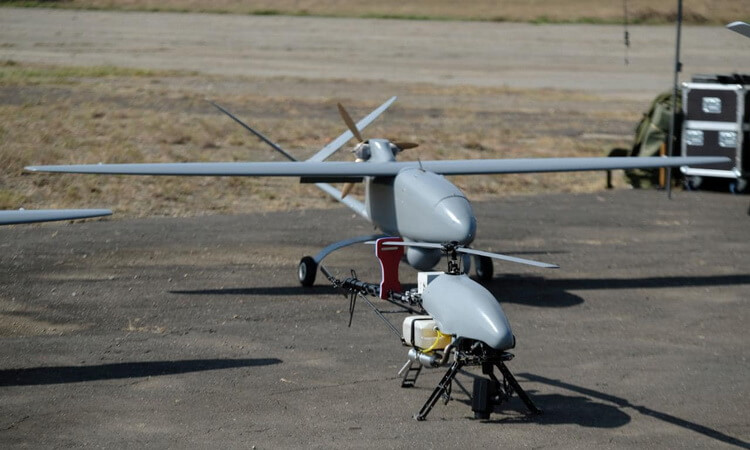 The drones will be used for reconnaissance, exercise and rescue needs. Photo via Ministry of Defence of Georgia.

The purchase of drones follows recently announced defence projects under Garibashvili's initiative, for update and modernisation of various assets of the defence forces.

These include a "complete rehabilitation and modernisation" of anti-air defences, and upgrade of electronic systems of the GDF aircraft fleet, following deals with Israeli arms developers earlier this month.

Georgia's own factories are also working on major repair and update of both fixed-wing and helicopter assets of the military, while the MoD has also obtained modern trucks for ground troops from Germany.

The ministry said it was also "actively working" on obtaining other anti-air defence assets, anti-tank systems, and modern artillery and reconnaissance means for troops.