US Secretary of State: I appreciate everything Georgian gov’t has done to encourage, facilitate safe arrival of int’l observers

The US Secretary of State Mike Pompeo has thanked the Georgian Foreign Minister David Zalkaliani for his official invitation to observe Georgia’s upcoming parliamentary elections on October 31. 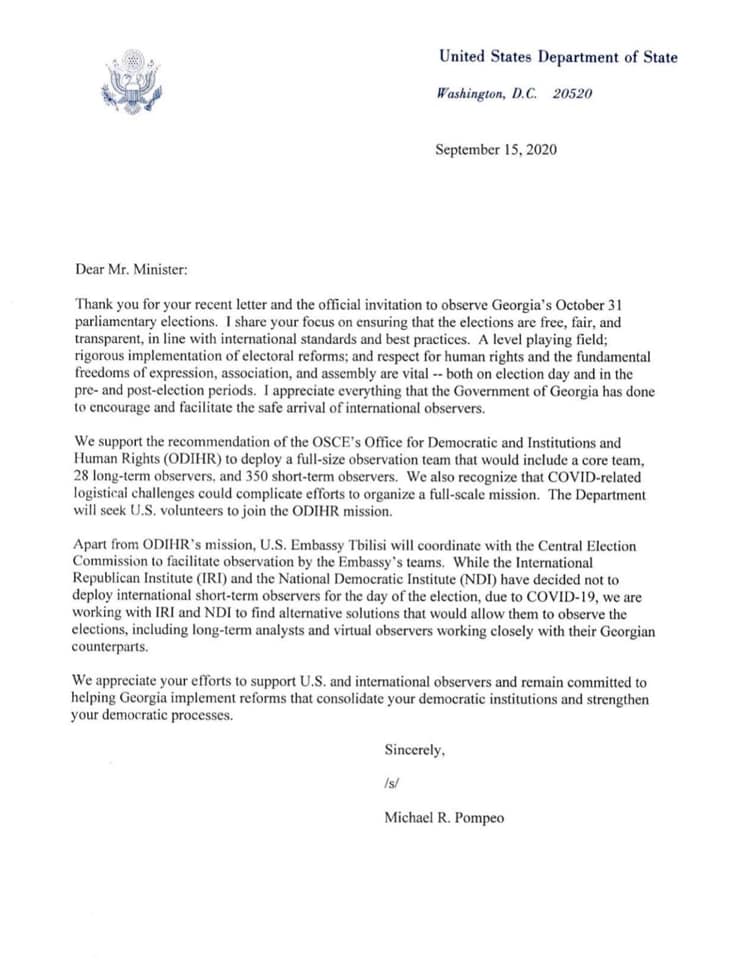 Secretary Pompeo said in his letter that he appreciates ‘everything that the government of Georgia has done to encourage and facilitate the safe arrival of international observers’.

I share your focus on ensuring that the elections are free, fair, and transparent, in line with international standards and best practices”, Pompeo wrote.

A level of playing field; rigorous implementation of electoral reforms; and respect for human rights and the fundamental freedoms of expression, association, and assembly are vital – both on election day and in the pre- and post- election periods”, he added.

Secretary Pompeo further noted that the Department ‘will seek’ US volunteers to join the OSCE’s Office for Democratic Institutions and Human Rights (ODIHR) mission in Georgia.

Mike Pompeo also wrote that the US ‘appreciates’ the country’s efforts to support international observers and remains ‘committed’ to helping Georgia implement reforms that ‘consolidate’ its democratic institutions and strengthen its democratic processes.