The Central Election Commission (CEC) has found that the anti-Turkish ads of the opposition Alliance of Patriots party violate the election code.

The election program shall not contain propaganda for war or violence, appeal for change or overthrow of the existing state and social order by violence, for violation of the territorial integrity of Georgia, for national strife and enmity, or for religious or ethnic confrontation", the election code reads.

The International Society for Fair Elections and Democracy (ISFED) informed the CEC of the party violations on September 2. However, the CEC Chairperson was reportedly studying the issue herself as well.

ISFED said that the Alliance of Patriots released six election videos and related Facebook ads in order to trigger hostility among Georgian citizens towards Turkey. The ads also contained signs of religious and ethnic hatred. 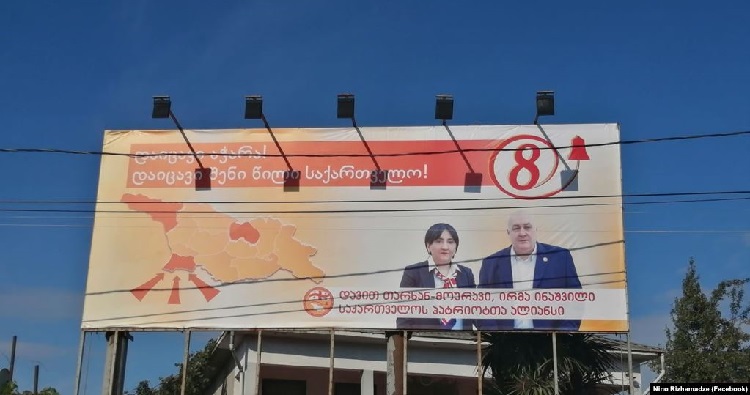 The watchdog reported that with their misleading content the Alliance of Patriots party tried to demonstrate that Turkey has occupied 33% of the Georgian soil.

Recently, its banners, showing the Black Sea region of Adjara marked in red, like two Russia-occupied regions of Abkhazia and Tskhinvali (South Ossetia), were considered anti-state and therefore, they were removed.