The Georgian government has opened the first ever, modern rehabilitation centre for wounded soldiers in the country with about 4.5 million USD support from the US.

The state which has 20 per cent of its territories occupied [by Russia] is obliged to care about its soldiers,”Gakharia said, thanking the US for financial aid, stating that the Georgian government spent one million GEL for the project.

The Maro Makashvili Rehabilitation Centre, which is located in the village of Tserovani of Mtskheta municipality [near Tbilisi], will provide physical and psychological support for Georgian soldiers. 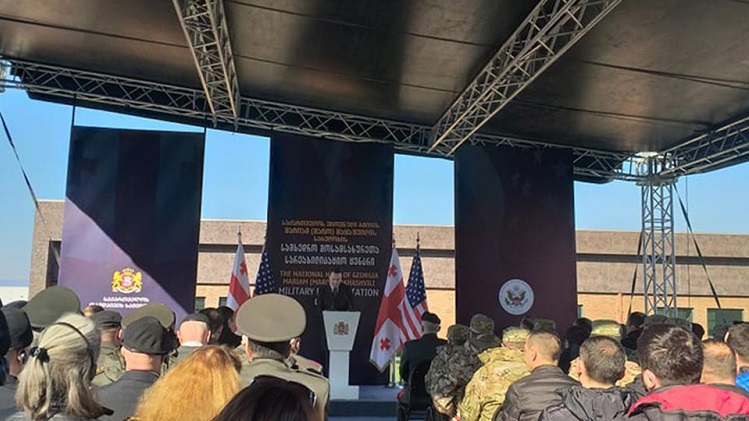 Georgian and US officials attended the opening ceremony of the centre earlier today.

Gakharia said that the centre “has no equal in the region,” and comes with “ultra-modern equipment and resources” to help wounded soldiers.

He thanked Georgian soldiers “for their devotion and contribution to local and international peace and security.”

Gakharia praised Defence Minister Irakli Garibashvili for his decision to give a monthly salary supplement to wounded soldiers.

Acting US Ambassador to Georgia Elisabeth Rood has stated that America will continue to support its “strategic partner and Georgian soldiers, who have contributed much to international peace and security.”

The US is proud that Georgia is its important partner," Georgian Defence Ministry has cited Rood as saying.

She noted that Georgia has sent more than 13,000 soldiers to Afghanistan over the past eight years, while 8,000 Georgian soldiers served in Iraq, Mali and Central Africa.