Former Deputy Head of the Second Main Police Department of Tbilisi Levan Kardava has been sentenced to seven years and six months in prison for abuse of authority and illegal detention in the high profile case of late businessman Badri Patarkatsishvili.

However, a plea bargain was signed with Kokiashvili and Gamgebeli as they admitted to the crime and they will spend one year and six months in prison.

The individuals will be placed on a three-year conditional sentence after leaving prison.

Kardava did not admit to the crime, nor did  Dgebuadze.

Dgebuade’s sentence, who was extradited from the Netherlands back in 2016, will be announced later after going through mandatory procedures following the extradition.

What does the case concern?

The Prosecutor’s Office says that in June-July 2006 the Constitutional Security Department of the Ministry of Internal Affairs of Georgia (which was run by the four ex-officials) was instructed to carry out surveillance on businessman Badri Patarkatsishvili as “the man was taken as a threat by the United National Movement (UNM) government.” 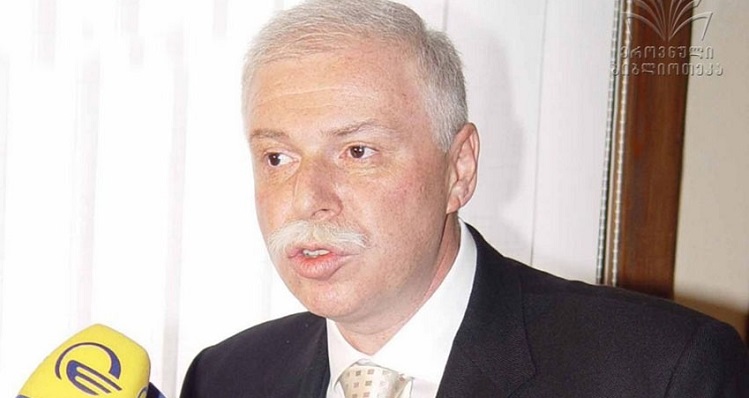 Patarkatsishvili was found dead in his house in the UK back in 2008. Photo: National Library of Georgia.

Controversy between former President Mikheil Saakashvili and Patarkatsishvili emerged after the controversial death of former PM Zurab Zhvania in 2005. They also could not agree on business-related issues.

Patarkatsishvili, who was one of the key opponents of Saakashvili and his government, was found dead in February 2008 in England when he was 52 years old.

The Prosecutor's Office says that the former officials planned an armed attack on Patarkatsishvili’s house in Ureki in the summer of 2006.

The plan included shooting at Patarkatsishvili’s house to make him afraid and force him [Patarkatsishvili] to give up politics, “the Prosecutor’s Office said.

The former officials learnt about it and decided to punish Shamatava. They [the former police officials] staged a robbery and instructed a man who was detained for robbery to accuse Shamatava of torture and sexual abuse,” the Prosecutor’s Office says.

The Prosecutor’s Office reports that the man [hired against Shamatava] inflicted injuries on his body at Ureki police station and accused Shamatava of torture and abuse which led to Shamatava’s detention and sentencing him to nine years in prison.