International economists delivered a presentation on the global pandemic and its aftermath on the economy to the  Georgian government today, saying the steps taken by the Georgian government to improve the business environment and increase investment attractiveness are 'right and important', announces the government of Georgia.

Georgian Economy Minister Natia Turnava and the prime minister's advisor for economics Beka Liluashvili attended the videoconference with the foreign economists together with local experts and representatives from the analytical centres today.

The meeting highlighted that global processes have created a new opportunity to mobilise foreign direct investment in Georgia, the use of which is of great importance and the Georgian government says it will spare no effort to attract more foreign investment and create new jobs.

With the support of USAID, a group of international experts give recommendations to the government of Georgia on various areas of economic policy, such as fiscal economic policy, sectoral, monetary policy. We are holding meetings with Georgian experts, representatives of analytical and research organisations to discuss the recommendations developed by international experts in each of these areas", said Liluashvili. 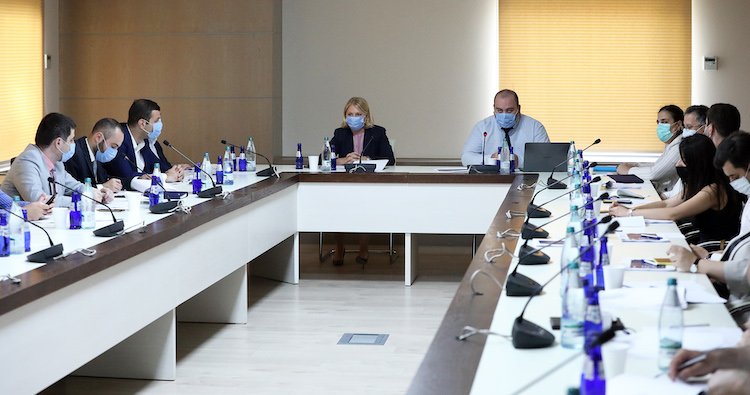 Georgian Economy Minister Natia Turnava and the prime minister's advisor for economics Beka Liluashvili attended the videoconference with the foreign economists together with local experts and representatives from the analytical centres today. Photo: Gov't of Georgia.

Liluashvili said that one of the recommendations of the experts is for the government to continue efforts to develop the labour force in the country, digitalisation, e-governance and improve the investment and business environment.

The Managing Director at Galt & Taggart Otar Sharikadze said after the meeting that 'it is very important that we see openness between the government and the private sector regarding the exchange of views'.

Director of Tbilisi State University Center for Analysis and Forecasting Vakhtang Charaia said that it is 'noteworthy that international experts praise the work of the government in many areas and agree on many things'. He said that initial meetings are being held at this stage, as a result of which the recommendations will be further clarified.

Georgian National Consultant at the United Nations Giorgi Abashishvili said that 'this is a first and and very good precedent, when Georgian economists, together with high-ranking foreign economists, discuss common views, which will bring results after a certain period of time'.