Seventeen individuals apprehended earlier for their involvement in the case of the death of 19-year-old footballer Giorgi Shakarashvili have been sent to pre-trial detention today.

Shakarashvili went missing while at a friend’s birthday party in Mtskheta, a town outside of Tbilisi on June 18. The following morning the family called the Interior Ministry. 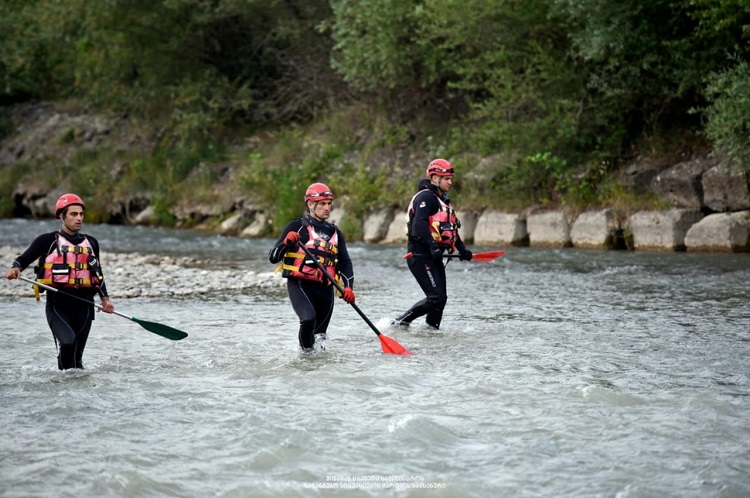 The footballer’s body was found in the river Aragvi after a four-day search, on June 22. Photo: Emergency Management Service

The detainees are charged for organisation, management/participation in group violence, as well as unlawful imprisonment.

Noting that they are pursuing a ‘strict criminal policy against violent crimes’, the Prosecutor’s Office said they will have ‘the toughest approach’ to the offenders in the Shakarashvili case.