Opposition ‘presidential candidate’ in Georgia’s Russian-occupied Abkhazia region Aslan Bzhania says that “there must be a dialogue between Tbilisi and Sokhumi.”

Bzhania, who will run in the snap ‘presidential elections’ in the region on March 22, told IPN news agency that the format of the dialogue ‘is less important, or whether there will be mediators or not, the most important is that the dialogue brings positive outcomes.’

The dialogue should involve the people who are eager to make the situation peaceful and human-oriented,” Bzhania said.

He stated that in the long-term perspective the dialogue should be like the communication of “two, equal and friendly neighbours.”

I see the perspective [in such] communication and, moreover, I know how to reach this goal. We should listen to each other, it is very important,” Bzhania said.

He stated that in the short-term perspective steps to be taken for restoration of trust “between the Georgian and Abkhaz people.” 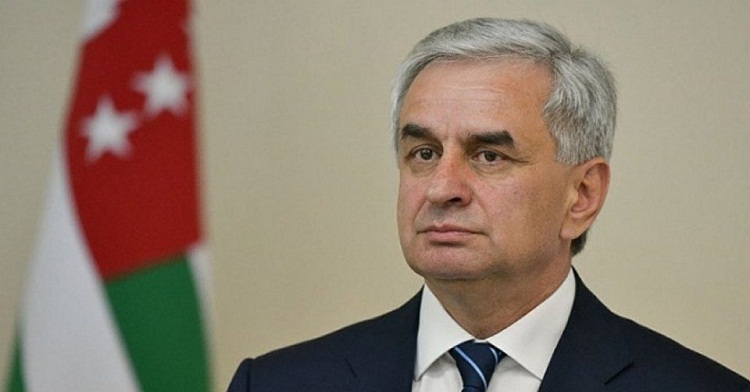 Raul Khajimba had to 'resign' amid public protests in occupied Abkhazia starting from January 9.

He said that closer cooperation in the economic field will help the process.

Bzhania stated that the “state institutions of Abkhazia” should be made stronger and laws should be adopted which will regulate the sale of lands to foreign nationals.

We must study the issue [of the sale of lands] in detail and evaluate all pros and cons. Herewith, I say that I recognize individuals’ fundamental rights to real estate,” Bzhania said.

Bhzania stated that he needs time to familiarize himself with the current situation in the Gali district, which is mostly-resided by ethnic Georgian population and currently is under Russian control.

We will make decisions which will be based on the protection of human rights,” Bzhania said.

Bzhania, who was scheduled to run in the ‘presidential elections’ in Abkhazia in September 2019, came back to the region only on January 9, 2020, as he was allegedly poisoned just prior to the race last year. 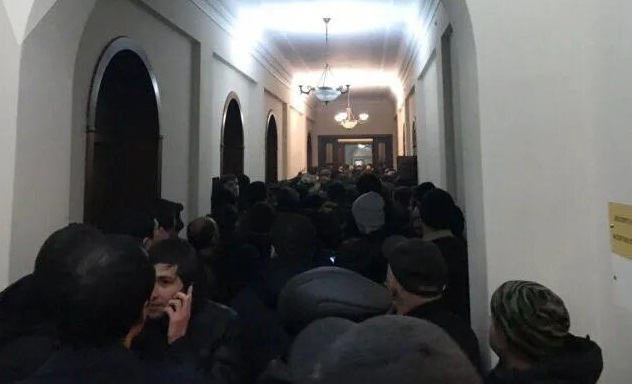 People in Abkhazia took to the street earlier this month, demanding the annulment of the results of last year's 'presidential elections.' Photo: sputnik.

Over the past several months he has had to undergo treatment in Russia.