The Georgian State Security Service has responded to photos of cartridges of firearms released by the Daily Mail, with inscriptions in different languages, Georgian among them, following the deadly terror attack on mosques in Christchurch, New Zealand today, claiming 49 lives.

The cartridges were posted by an attacker, Australian Brenton Tarrant, himself on his Twitter page, containing inscriptions in English, Russian, Georgian and other languages. 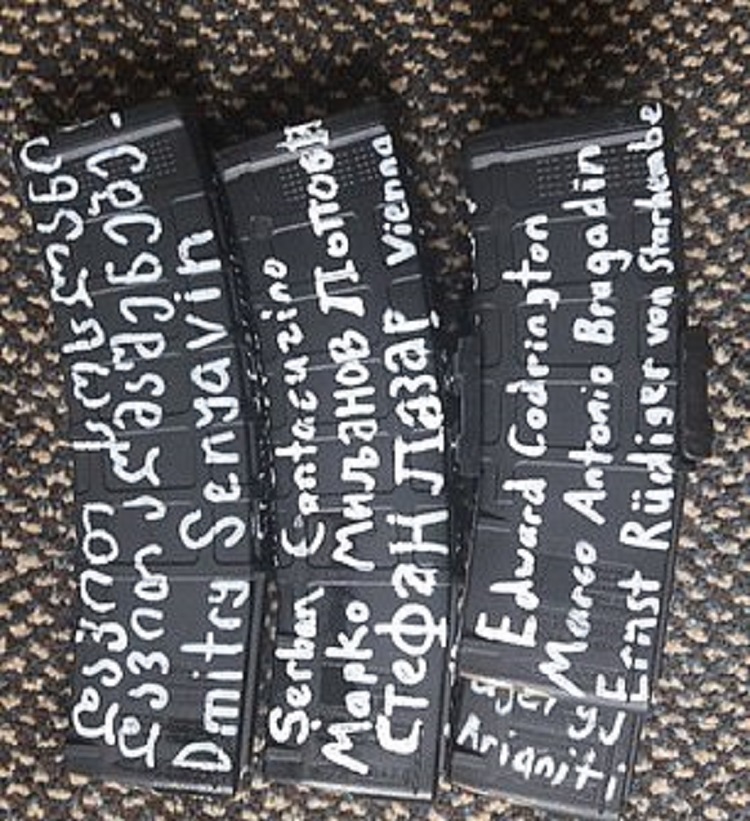 The names of David Soslan (12th-13th century) and David Agmashenebeli (11th-12th centyry) are inscribed in Georgian, the names of the husband of Georgia’s Queen Tamar and one of the most famous kings of Georgia - David the Builder.

The Georgian State Security Service is cooperating with it’s partners in order to receive information regarding the detainees and the weapons seized,” the agency reports.

An Italian student of International Relations mostly interested in Jihadist groups tweeted, describing the people inscribed by the attacker on his weapons.

#NewZeland
The man that committed such evil crime in #Christchurch uploaded some pics of his weapons on twitter.
Part 1 pic.twitter.com/ISr9IhrsLm

Georgian Ambassador to Australia and New Zealand Giorgi Dolidze says that Georgia has not received any evidence proving the authenticity of the photos.

Dolidze stated Georgian citizens are not among the injured or dead and said that the embassy is working around the clock.

#Georgia strongly condemns the hideous attack on two mosques in #christchurch #NewZealand. Our thoughts are with the people of New Zealand, our condolences to the families of the victims. @MFATgovtNZ

The latest figures show that 49 people were killed and at least 20 injured during an attack at two mosques in Christchurch, New Zealand.

The foreign media reports that a white supremacist opened fire and live-streamed the massacre.

A woman and three men have been detained so far.