Multiple Grammy Award-winning American guitarist and composer Pat Metheny will headline the Tbilisi Jazz Festival while local artists will also take to the stage at the city’s performance venues starting later this month.

Metheny, the only musical artist to win Grammy Awards for 10 different nominations, will bring his band for two shows hosting jazz fans in the Georgian capital.

Guesting the 22nd edition of the annual event, the American performer and music teacher will present Missouri Skies and More, a project he has brought to audiences in Europe over the recent years.

The project will see the guitarist’s band join the Tbilisi Symphony Orchestra on 1 March, while Metheny will also entertain those flocking to the city’s Event Hall the day before.

They form the Metheny band for the ongoing European tour of the guitarist who first became a figure on the international scene in the 1970s. 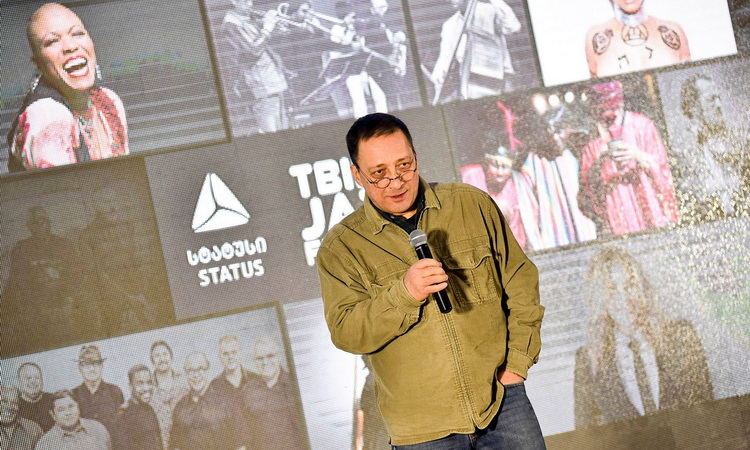 Tbilisi State Conservatoire Rector Rezo Kiknadze will lead students of the institution in a show within the festival. Photo: Tbilisi Jazz Festival.

Recognised for innovative and transformational usage of jazz guitar sounds and new technology, Metheny also became the youngest teacher for the University of Miami and the prestigious Berklee College of Music at ages 18 and 19 respectively.

Nominated for 36 Grammy Awards for his recordings, he is part of the DownBeat Hall of Fame of the recognised magazine and has produced music for official film scores.

Before the two dates, the festival will launch with Tbilisi Big-Band & New Jazz Generation, an occasion bringing together two generations of Georgian jazz artists at the Grand Hall of the Tbilisi State Conservatoire.

Along with the Big-Band, the 22nd annual jazz celebration will see an appearance by students of the jazz faculty of the conservatoire, led by the institution’s rector Rezo Kiknadze.