The Georgian Ministry of Education in partnership with the Bulgarian government and UNICEF has begun a two-year pilot program for out-of-school children and adolescents to re-enter the formal education system.

UNICEF’s press office says that the project will help children to acquire the necessary skills that will allow them to get ready for the labour market and realise their full potential.

Bulgaria faced a similar problem some years ago, as the number of out-of-school children increased.

The National Statistics Office conducted a study on child labour in Georgia in 2016, which says that almost 11,200 children aged 5-17 (2% of the total age group children) are out of school, including children with disabilities, living and working on the streets, those belonging to ethnic minorities, children in public care, orphans, internally displaced persons (IDPs), refugees and children from very remote areas. 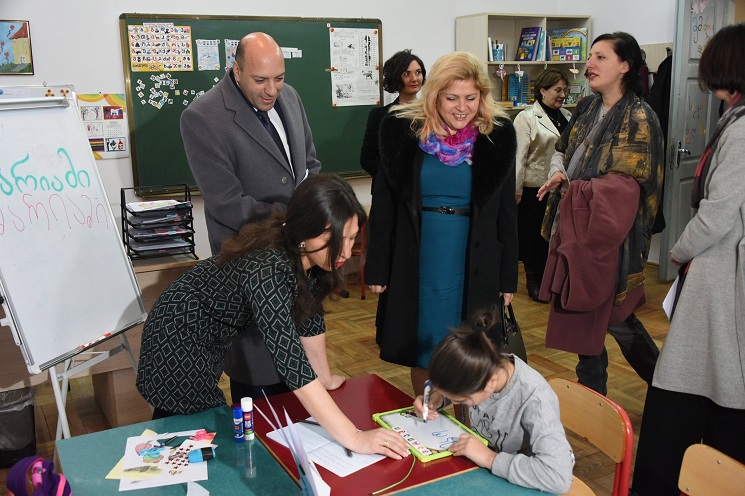 Bulgaria faced a similar problem some years ago, as the number of out-of-school children increased. Photo: The Ministry of Education.

The project will support the following activities:

The project envisages the involvement of parents in the process. They will be informed of how to get their children involved in the learning process.

The pilot program will be implemented in 15 selected schools and six day-care centres throughout Georgia.