David Dvali and Jarji Akimidze, the founders of Rustavi 2 TV channel in 1994, have filed a lawsuit against the current owner Kibar Khalvashi after Khalvashi won the channel ownership dispute at the European Court of Human Rights back in July 2019.

Dvali and Akimidze say that their 60 per cent of the shares were also illegally confiscated by the previous United National Movement government in 2004 and Khalvashi was involved in the process.

They have demanded the freezing of 60 per cent of Rustavi 2 shares by Tbilisi City Court “until the ownership dispute” is resolved.

Lawyers of Dvali and Akimidze say that Khalvashi won the ownership dispute as he proved that his shares were illegally confiscated, while Akimidze and Dvali also suffered the same fate back in 2004.

This is our major argument in the dispute, as well as other evidence. In his testimony given to the investigation by Khalvashi in 2014 he actually admits that Akimidze and Dvali were forced to leave the channel. Khalvashi says that to buy the channel in 2004 he handed 1.2 million USD to then Prosecutor General Irakli Okruashvili and four million USD to then Interior Minister Ivane Merabishvili. If it was a fair deal why did Khalvashi pay former top officials without any communication with the founders of the channel?” lawyer Kakha Kozhoridze said. 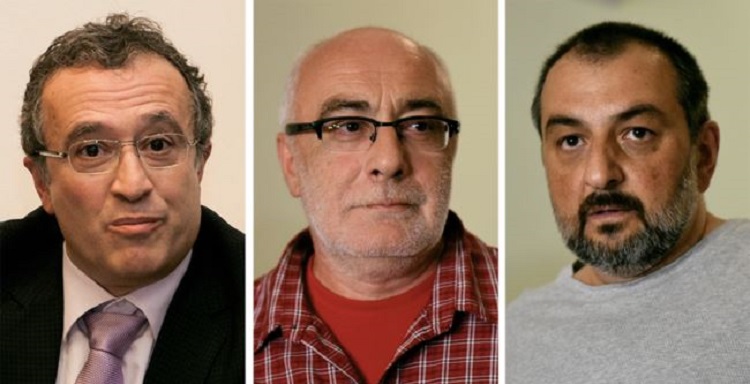 Akimidze has urged media and diplomatic corps to “closely monitor” the process around the dispute.

After regaining 100 per cent of Rustavi 2 shares Khalvashi said that he was ready to return 40 per cent of shares [and not previously promised 50 per cent] to Akimidze and Khalvashi, which the two refused to accept.

Khalvashi’s lawyer and current Director General of Rustavi 2 Paata Salia says that he will make a comment after familiarising himself with the lawsuit.

Later he stated that the limitation period for filing a lawsuit regarding the case expired in 2014 for Akimidze and Dvali, adding "they are late."