Georgian artist Vakhtang Kokiashvili, a pioneer of vitrage art genre in the country, is among artists featured in this year's Vienna Contemporary art fair, visited by tens of thousands of viewers and open to public starting today.

The late creative, known for his work in interior decoration as well as painting, will be introduced to those flocking to the Austrian capital through the latter, with exhibits in oil and watercolour picked to present his themes and technique at the fair.

Presented at the fairgrounds by the Window Project gallery, Kokiashvili's 1960s and 1970s artwork for the event brings his take on ethnic and abstract motifs.

Displaying his works at the Viennese fair brings to a wider audience the legacy of the artist who decorated popular public and private spaces in cities across Georgia, from an interior of the Tbilisi Funicular ropeway station to venues in Black Sea resort towns. 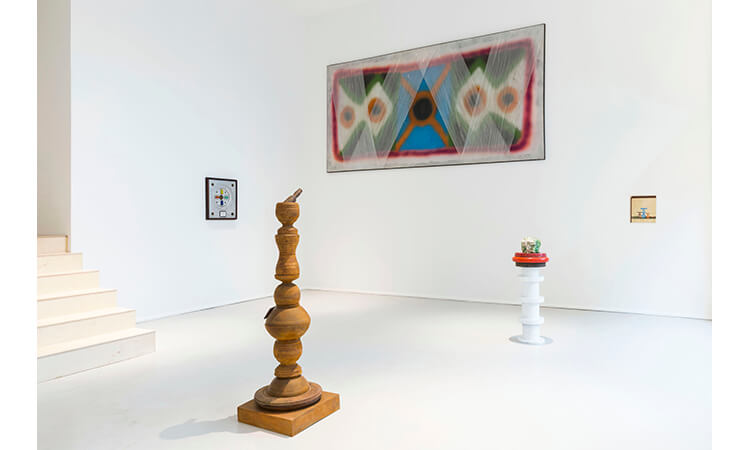 He is exhibited among artists showcased by over 100 galleries from more than 20 countries, with fair organisers promoting their event to be offering a "unique insight into the vibrant contemporary art scene of Central and Eastern Europe".

Window Project is the only exhibitor featuring Georgia at the fair, with the display space bringing Kokiashvili's art designed by Georgian artist Shotiko Aptsiauri.

Kokiashvili graduated from the Tbilisi State Academy of Arts in 1956 before serving as the chief artists of the Artists Fund of Georgia in two stints in the 1960s and the 1970s.

Serving as the chair of the monumental art division of the Artists Union of Georgia between 1981-1994, he also received the state title of Honoured Artist of Georgia in 1967 and was featured in displays in Europe and beyond throughout the Soviet era as well as the 1990s.

While his work in stained glass art influenced the form in Georgia, in the latter years of his life Kokiashvili was involved in pop art series, with his creative legacy also involving collages and assemblages. He passed away in his studio in Tbilisi in 2010.

The Vienna Contemporary fair will be open for visitors through September 29.