Kaladze said the opening of the square is a strong example of the friendship and partnership between Georgia and Lithuania:

Opening of the renewed #Vilnius square in old #Tbilisi. pic.twitter.com/K1YTNebBUJ

Another beautiful green space has been added to our capital. I would like to thank the Lithuanian government for their support and friendship. The relations between our countries are very important and we really appreciate them”, Kakha Kaladze said at the opening event. 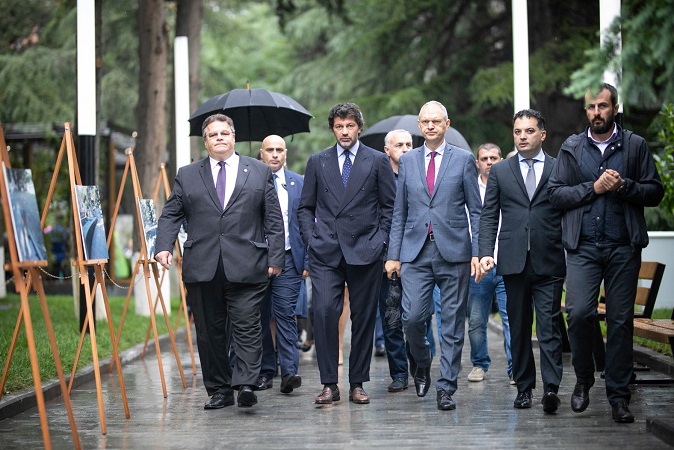 The administration of Mtatsminda District fully rehabilitated the project for which 570,000 GEL was spent. Photo:Tbilisi City Hall

The Vilnius Square project, drawn up by architect Rite Cikanavicius, was presented to Tbilisi by the Vilnius city council as a gift from Lithuania, Tbilisi City Hall says.

The administration of Mtatsminda District fully rehabilitated the project for which 570,000 GEL was spent from the local budget. 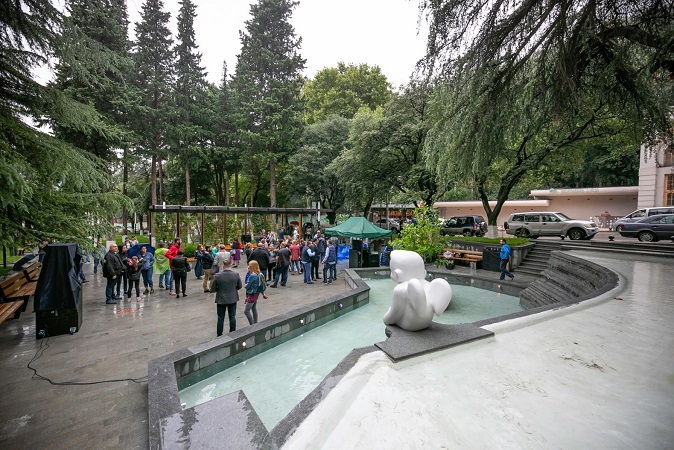 When this square was first opened in 2009 by president Valdas Adamkus, it was related to Lithuania’s solidarity with Georgia after Russia-Georgia war. It was a sign of Georgia’s gratitude for Lithuanian solidarity. Now, as everything has been renewed, it will be a symbol of our renewed friendship that will last forever”, said the Minister of Foreign Affairs of Lithuania, Linas Linkevicius.

Visitors to the square will have access to free internet. By scanning a QR code in smartphones, they will be able to get complete information about the historical and cultural landmarks of the capital city of Lithuania, view photos and watch videos.

A delegation from Vilnius City Hall also attended the event.