All 100 legislators of the Georgian Dream ruling party are ready to support proportional voting system in the 2020 parliamentary elections.

However, the change, which has been long demanded by the opposition, requires at least 113 votes in the 150-member parliament, General Secretary of the Georgian Dream ruling party Kakha Kaladze said earlier today.

Former Parliament Speaker of Georgia Irakli Kobakhidze says that a zero threshold in the elections, which was offered by the ruling party to calm rallies in Tbilisi, equals 0.67 per cent of votes.

If a party receives 0.67 per cent of votes, it will gain one seat in the legislative body,” Kobakhidze said. 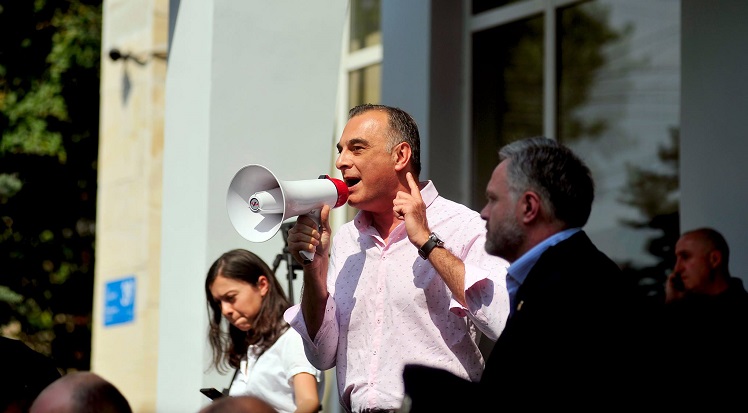 The opposition refused to attend the presentation of the ruling party initiative, cited an unfulfilled demand as a reason. Photo: UNM press office.

He stated that the changes will be introduced in only one section of the Georgian constitution, which came into force last year.

It concerns the section which reads that 2020 parliamentary elections should be conducted with a mixed electoral system and the country should have moved to the fully proportional elections from 2024. After changes are approved the section will read that 2020 elections will be held with the proportional vote and only that year the election threshold will be zero. The threshold for all the following parliamentary elections will be five per cent,” Kobakhidze said.

The ruling party says that the system of state funding of political parties will also see changes.

The opposition refused to attend today’s presentation, but said that they will participate in all the activities which would be dedicated to the issue.

Members of diplomatic corps, who have welcomed the change, attended the presentation. 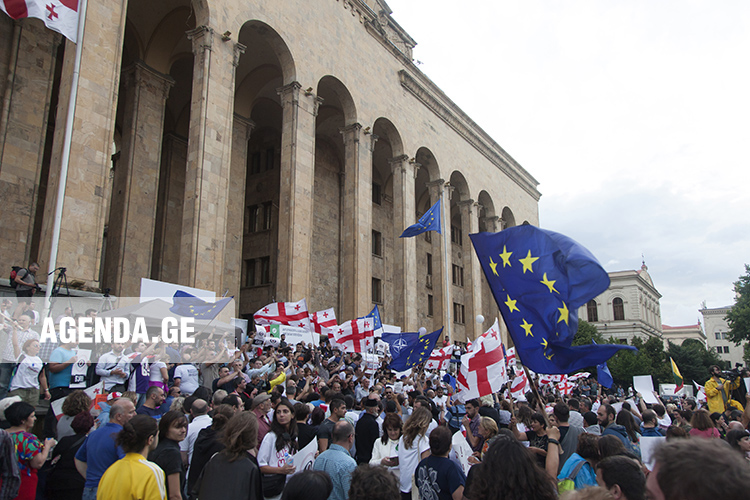 Proportional elections was one of the top demands of demonstrators in Tbilisi. Photo: Nino Alavidze/Agenda.ge.

The ruling party accepted one of the top demands of demonstrators in Tbilisi last week and said that the upcoming elections in Georgia would be conducted with a proportional vote and with a zero threshold.

The CoE, PACE, EU welcomed the initiative, saying that the implementation of the change needs the involvement of all parliamentary actors to ensure that the constitutional amendments are adopted by the relevant majority.