Three years have passed since the murder of Georgian citizen Giga Otkgozria by occupying forces in the village of Khurcha, near Georgia’s western, Russian-occupied Abkhazia region.

The offender, who shot Otkhozoria six times on territory administered by the central Georgian government, is known to the public and has been sentenced in absentia, however, the leadership of the occupied region refuses to punish him.

“Giga is a hero and we will never tolerate his murderer to walk free. No matter how long it will take, justice will be enforced,” Georgian Reconciliation Minister Ketevan Tsikhelashvili said.

Zugdidi City Court sentenced Rashid Kanjiogli to 12-yeas imprisonment on December 26, 2016 for the murder of Otkhozoria. 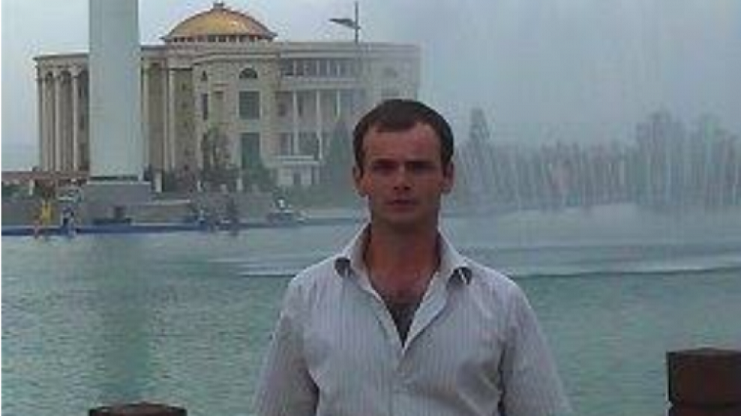 Rashid Kanjiogli was sentenced in Absentia in 2016.

Otkhozoria was trying to transport food into the breakaway region for a funeral ceremony for his late aunt on May 19, 2016.

Locals said that so-called border guards demanded Otkhozoria to pay in exchange for transporting the goods, which caused a dispute.

Witnesses said Otkhozoria ran away from the so-called border guards but was shot as he retreated.

Otkhozoria was on Georgian-controlled territory at around 2:30 p.m. when he was gunned down.

Witnesses say that Kanjioghli then hid in occupied Abkhazia after shooting Otkhozoria.

Otkhozoria left behind a wife and two children.

President of Georgia Salome Zurabishvili awarded the family of Otkhozoria with the Medal for Civil Commitment in January 2019.

The Georgian parliament approved the Otkhozoria-Tatunashvili list last year with 33 the names of individuals who have violated the rights of Georgian citizens in the occupied regions since 1990s.

The individuals will face sanctions both in Georgia and abroad.

The central Georgian government has raised Otkhozoria’s issue for three years in a row, during all local and international formats dedicated to Georgian conflict issues.