Children from socially underprivileged families in Georgia are chasing their rugby dreams in a newly founded club set up by Erekle Kamladze, a former player who has brought his experience from abroad back to his country for the goal.

Kamladze, who has played for Georgian teams Lelo Saracens and Armia Tbilisi but was spending his career most recently in France, established the Rashebi (Georgian for “galloper horses”) team in a change of his focus in the sport.

After deciding against continuing his playing career in Andorra a few weeks before entering his agreement with a team in the country, Kamladze returned to Georgia to launch his initiative with young athletes.

I had very good terms [in my contract] and would have lived in a great country, but I [...] called my agent and told them I needed to return to my country and do what would be beneficial for it and the children there,” Kamladze told Georgian Public Broadcaster programme New Week. 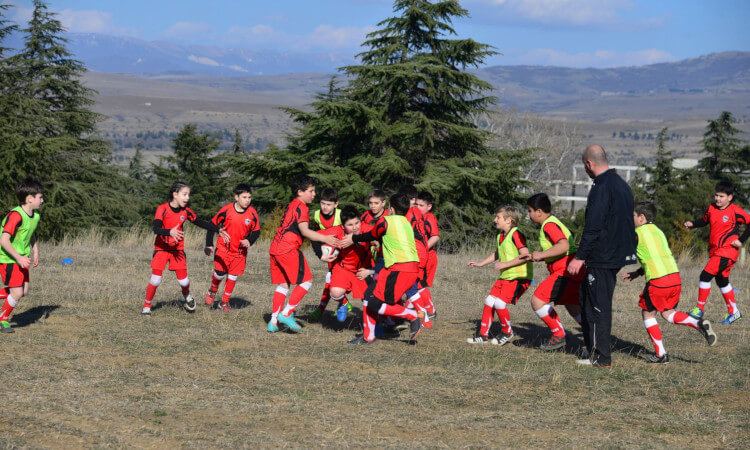 He also told the programme’s reporters he had watched coaching of children’s rugby in France and wanted to bring the experience with him back to Georgia.

The young coach said he was “ready to train any kid whose family has no means to cover the necessary expenses” for allowing the young enthusiasts to delve into the sport.

Maybe not all of them will become rugby professionals but [...] they will learn [qualities like] humanity [and] mutual love through practicing this sport,” Kamladze noted in his comments about the initiative.

Founding Rashebi a year ago with only seven young entrants, he is now managing over 80 kids packing two buses to a pitch near Tbilisi Sea, which Kamladze and his associates prepared from an unused tract of land. 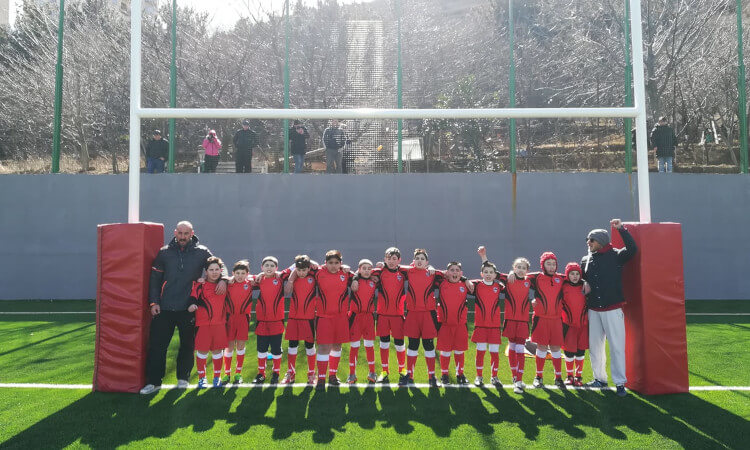 Kamladze photographed with his players after scoring two wins and a draw in matches against other teams. Photo: Rugby Club Rashebi on Facebook.

The ground was transformed from a rough piece of land to a pitch with poles, with the team’s coach planning to add changing rooms, stands and other facilities to the training location in the future.

Training both girls and boys in the team, Kamladze also made arrangements for the club’s kit, produced in a sewing factory with its own badge and numbers.

The former player, who started his career at age nine in Georgia before continuing in the Netherlands and France, told the Public Broadcaster coaching had always been his dream and he would “remain as one as long as my energies are sufficient for this job”.