French Interior Minister Christophe Castaner has visited Georgia and signed a deal with his Georgian colleague earlier today,  which allows two Georgian officers to be directly involved in the investigations of crimes in France that may involve Georgian nationals.

We already have a police attaché in France. However, further measures were needed and a better cooperation to combat the organised crime,” Georgian Interior Minister Giorgi Gakharia said.

He stated that illegal migration of Georgians and  cooperation for security were two other top issues of the meeting.

The step is for prevention of the illegal migration of Georgians to France,” Gakharia said. 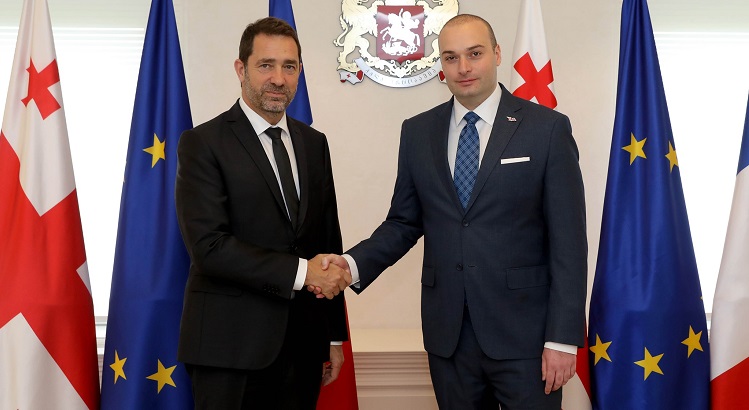 He stated that the visa free deal with the EU is one of the biggest achievements of Georgia and the country must take all steps to preserve it.

The visa free deal is not under the question mark. However, all preventive measures must be applied to avoid such a possibility,” Gakharia stated.

Castaner praised the French-Georgian “successful” cooperation against the organised crime and for security and said that the governments of Georgia and France are acting together to avoid the illegal migration of Georgians, which may create threats to the EU-Georgia visa waiver.

Georgia is a safe country and the number of Georgian asylum seekers to France in not normal in this context,” Castaner said.

He stated that certain Georgians are requesting to live in France due to treatment, when they can receive the service in their own country.

Caster said that only those Georgians will be allowed to enter France with the goal, who will have grounded reasons for this.