The Georgian parliament has presented the action plan of the implementation of the EU Association Agreement (EUAA) for 2019-2020, defining the parliament’s activities in the process.

The parliamentary role will cover legislative activities, oversight of the EUAA implementation and a public awareness campaign on EU integration.

The body has been tasked to bring the country’s legislation into line with 346 EU directives, 213 regulations, 57 decisions and 31 recommendations as for 2020. 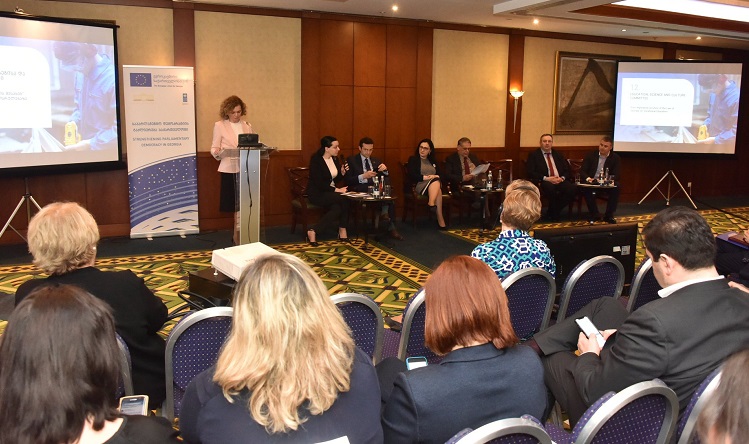 The presentation was supported by EU and UNDP and was attended by MPs, civil society and diplomatic missions.Photo: Parliament's press office.

Georgian Parliament Speaker Irakli Kobakhidze claimed that with the successful implementation of the action plan “we leave a positive heritage to the next parliament and a solid foundation for further progress in the EUAA implementation.”

The UNDP Chief of Georgia mission, Louisa Vinton said that it is the paramount document which provides measures for the country’s advancement on its EU path.