The Permanent Council of the Organization for Security and Co-operation in Europe (OSCE), which is the principal decision making body of the organization, has hosted discussions on the occupation of Georgian territories yesterday, the Georgian Foreign Ministry reported.

Dondua spoke about the Georgian government’s efforts to settle conflicts peacefully and briefed the international community about the government’s latest peace initiative, offering economic and other benefits to people on both sides of the occupation line. 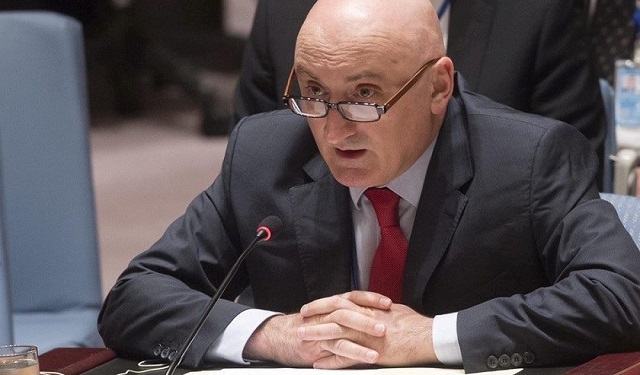 Dondua stated that Russia and the de facto leaderships of the regions continue the erection of illegal border signs, the restriction of free movement of locals, the discrimination of the rights of the local Georgian population, the deprivation the younger generation of receiving an education in their mother tongue and the violation of property rights.

All the actions create threats for a new wave of ethnic cleansing,”  Dondua said.

The Georgian official spoke about the illegal detention and murder of Archil Tatunashvili and placed responsibility on Russia for the event. He stated that the enforcement of justice in the cases of Tatunashvili, Giga Otkhozoria and David Basharuli are of the highest importance.

Kidnappings and illegal detentions of Georgian citizens by occupant forces destabilize the  situation on the ground,” Dondua said, and stated the importance of providing for the presence of foreign missions on the ground.

Dondua stated the Government of Georgia has tried to ensure non-use of force with Russia within the Geneva International Discussions. However, Russia has continued to ignore its obligation taken in the wake of the Russia-Georgia 2008 war.

Representatives from the European Union, US, Canada, Norway, Switzerland, Turkey, Ukraine, Azerbaijan, Armenia made statements supporting Georgia during the discussion.

The EU addressed Russia to fully meet with the ceasefire agreement obligations.

US representative stated that Russia has been trying to create an "alternative reality”  through the occupation of neighbors’ territories, while the government of Georgia has been doing its utmost to peacefully reintegrate its occupied regions.