The reason for the Gudauri ski-lift accident on March 16, which left 11 people with minor and moderate injuries, was human error.

Based on the records from a memory device installed on the equipment, it was determined that on March 16, there was a voltage drop, which stopped the ski-lift. However, after the ski-lift stopped, the operator should have turned on a nearby diesel generator to bring skiers to a point from where they would have been able to get off and vacate the ski-lift”, said Georgia’s Economy Minister Dimitry Kumsishvili today at a press-conference where he announced the inspection results of international experts who were invited by the government of Georgia to study the incident.

Experts from the world leading Bureau Veritas have been checking the site as well as the ski-lift documentation over the past few days, and today they presented the results of the inspection together with the Minister of Economy. 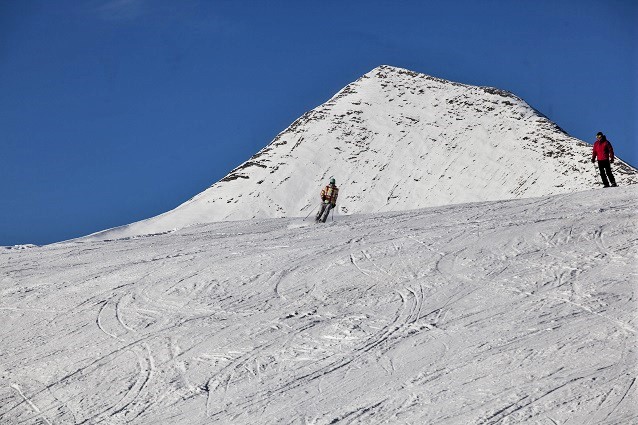 Georgia’s leading ski resort Gudauri has been identified by an international cultural website as one of the ten Must-Try Ski Resorts You Had No Idea Existed. Photo by N. Alavidze/Agenda.ge.

To recall, on March 16 the ski-lift on the Sadzele slope of Gudari began moving in reverse. Many of the passengers jumped down themselves to avoid collision. Nearly half of the injured tourists, who were from Georgia, Ukraine, Russia and Sweden, were discharged the same day of the incident as they suffered only minor injuries.

Today Kumsishvili said that Georgia’s Ministry of Internal Affairs would continue an official investigation and will raise the issue of relevant responsibilities in compliance with the legislation.

Meanwhile, the operator is now "suspended from his activities” and two persons - Deputy Director of Mountain Resorts Company in the technical field and Head of the Gudauri Mountain Management Department offered their resignation to Kumsishvili "as they feel responsibility for the accident”.