The government of Georgia has announced changes in the law that will introduce tougher sanctions against  Georgian citizens violating the Georgia-EU visa-free travel agreement.

The meeting aimed to take steps to prevent the increase of Georgian asylum seekers in EU countries, in order to ensure that the issue will not become an obstacle in future relations with the EU, the government of Georgia press office stated.

The Government of Georgia pays due attention to the concerns of its partner states and plans to take important steps in terms of enforcing tougher legislation, intensifying cooperation with partner states, and conducting an active information campaign throughout the country," the press office stated. 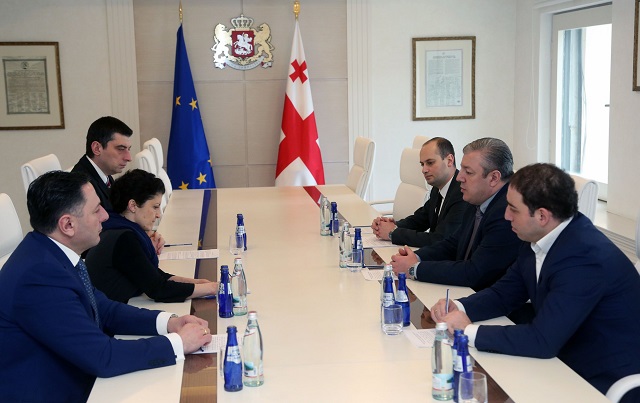 The special meeting was held today. Photo from the Government of Georgia press office.

The amendments include shifting the responsibility of readmission expenses onto Georgian citizens who violate the visa-free regulations, as well as complicating procedures for the changing of surnames.

More amendments will be presented at the upcoming governmental meeting,” the government of Georgia press office reported.

Justice Minister Tsulukiani stated that the sanctions are likely to deter people who may be thinking of violating the visa liberalization rules.

We are taking steps to preserve the success Georgia has achieved through enormous effort,” Tsulukiani stated.

Georgian citizens holding biometric passports can travel to the EU’s Schengen Zone for a period of 90 days within any 180-day period for purposes other than working.