Head of the National Centre of Disease Control (NCDC) of Georgia Amiran Gamkrelidze says that recent allegations of the Russian media and state officials regarding illegal experiments at the Tbilisi-based, US-built Lugar Laboratory are “unimaginable falsehoods and slander.”

The Russian media and Commander of the Radiological, Chemical and Biological Defence Troops of Russia Igor Kirilov said at a special briefing on Thursday that illegal experiments have been made on humans in the lab which led to the death of more than 73 people in 2015 and 2016.

Before Kirilov made the statement, Georgian former security official in the Eduard Shevardnadze government, Igor Giorgadze, told the media that illegal human experiments were made on people suffering advanced stages of Hepatitis C. 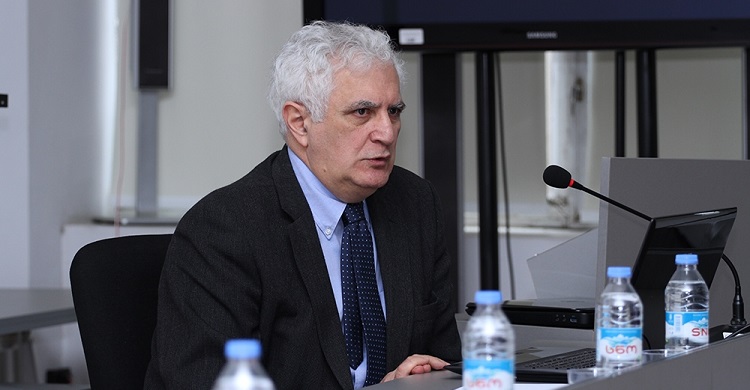 Head of NCDC Amiran Gamkrelidze said that Russian experts have refused to participate in an international scientific event hosted by the Lugar lab next month.

Kirilov also claimed that chemical and biological weapon ammunitions are kept at the lab.

Russia has been saying for years that the lab is controlled by Americans, who allegedly use the centre for their regional goals and interests.

Gamkrelidze says that Russia aims to discredit the highest level laboratory center in Tbilisi, which is transparent and open for even Russian scientists.

Gamkrelidze said that the laboratory was built with the help of the US. However, it is in the full ownership of the Georgian government and as of 2018 the lab is fully financed by the Georgian state budget.

All clinical-laboratory diagnostic and scientific research requiring the use of a BSL-3 laboratory under international rules is carried out in the Lugar centre. Besides, only Georgian researchers [not Americans as Russians say] have access to the BSL-3 space,” Gamkrelidze said.

A biosafety level (BSL) is a set of biocontainment precautions needed to isolate dangerous biological agents in an enclosed laboratory facility. The levels of containment range from the lowest biosafety level 1 (BSL-1) to the highest at level 4 (BSL-4).

In the centre there are three laboratories (that deal with poliomyelitis, influenza, measles) that are accredited by the World Health Organization (WHO).

In addition, the following laboratories operate on quality control: Rota viruses, invasive meningitis, malaria, antibiotics, diphtheria and salmonellosis diagnostics. The center has international ISO accreditation in clinical laboratory studies,” Gamkrelidze  stated and said that the labs have been actively used by Georgian and foreign scientists for medical studies, as well as by MA and Ph.D. students for their works.

Gamkrelidze said that Georgia will host an international conference with the assistance of Germany on 14-15 November at the Lugar Centre and everyone will once again have a chance to see how transparently it works.

Bio-experts from more than 20 foreign countries will participate in the event. We have also invited Russian experts, but, unfortunately they refused to accept the invitation,” Gamkrelidze said. 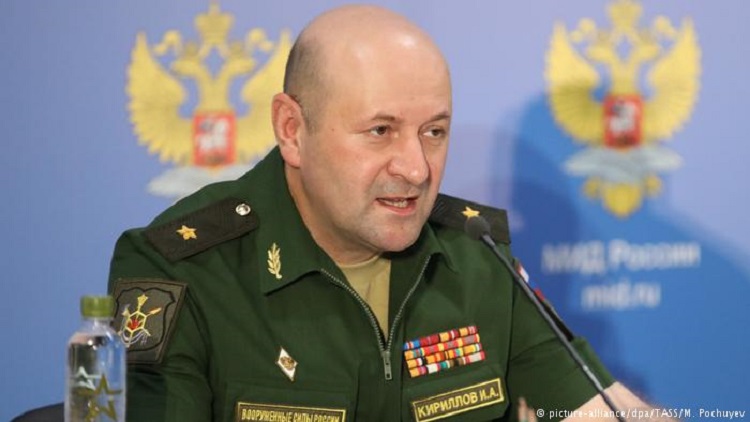 Commander of the Radiological, Chemical and Biological Defence Troops of Russia Igor Kirilov says that the Lugar lab is being controlled by Americans and used for illegal experiments. Photo: Tass.

Gamkrelidze responded to the allegations concerning Hepatitis C and stated that studies on Hepatitis C medications have never been conducted at the Lugar lab.

The Lugar Center is a certified Biosafety Level-3 facility that performs a unique role in identifying especially dangerous pathogens, research and public health for the region,” Gamkrelidze added.

The Lugar Lab, officially called the Center for Public Health Research, is located in Tbilisi and named after former American Senator Richard Lugar.

It became operational in 2013. The centre is the part of Georgia’s National Centre for Disease Control (NCDC), under the Georgian Ministry of Labor, Health and Social Affairs.

The construction of the centre was launched in 2004 based on agreements signed between Georgia and US in 1997 and 2002.